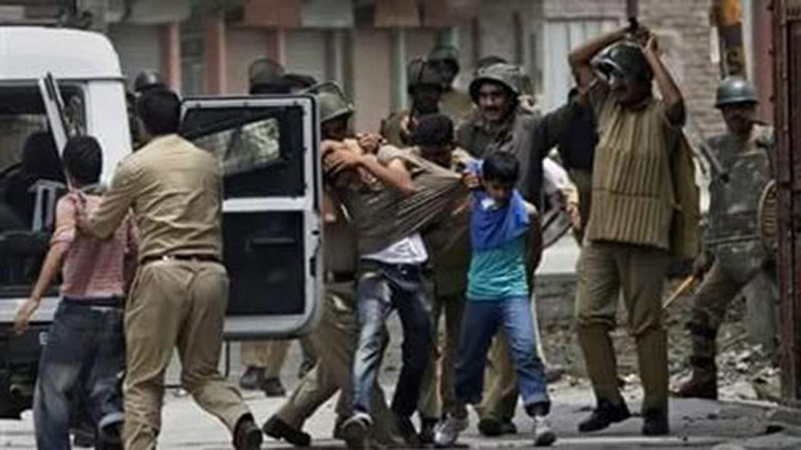 In Indian illegally occupied Jammu and Kashmir, Indian police arrested 21 Kashmiri youth in Jammu region and in India. According to Kashmir Media Service, the Indian police arrested 18 private security guards from Kochi city of Kerala state. All the arrested youth hailed from Rajouri district of Jammu region. During searches at their rented places, Kerala police claimed to have recovered 19 double barreled guns and around 100 rounds of ammunition without licenses. Most of the arrested youth were working as security guards at the ATMs, reports said, adding that they had been outsourced to a company in Kerala by Aurangabad (Maharashtra) based company which is engaged in providing security guards to various organizations including banks, ATMs etc. The police and the Intelligence Bureau interrogated them and they are further likely to be questioned by the Indian Military Intelligence. A case has been registered in this connection, the police said. Meanwhile, in a joint search operation, Indian troops and police personnel arrested three youth Jahangir Ali, Basharat Khan and Sheraz in different areas of Poonch district.