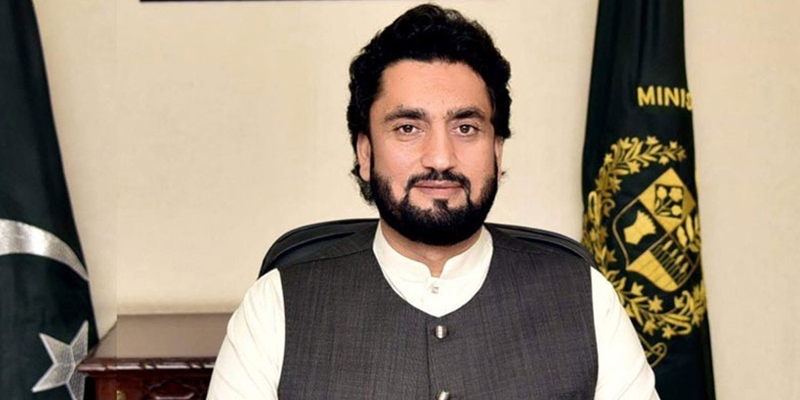 He said that Indian forces were committing war crimes against Kashmiris and they wanted to stop imagery coming out of Jammu and Kashmir. He emphasized that the Indian occupational regime in Jammu and Kashmir was involved in the illegal persecution of the Kashmiri politicians in jails. He said it was a pity that the world’s human rights organisations were not taking action over Indian genocide of Kashmiris.

Shehryar Afridi tabled a resolution to pay glowing tributes to Syed Ali Gilani and other Kashmiri martyrs which was passed unanimously.

“This parliament which is the voice of the nation and every household, every Pakistani offers fateha and tributes to Syed Ali Geelani as well as all those who laid down their lives for the freedom struggle of Kashmir,” said the resolution.

Another resolution passed by the committee was to welcome new Chairman of All Parties Hurriyat Conference (APHC) Massarat Alam Bhat as new Chairman, Vice Chairman Syed Shabbir Shah and Ghulam Ahmed Gulzar and other office bearers and prayed for their success.

Chairing the meeting, Shehryar Afridi said that the Kashmir Committee has started new traditions of engaging stakeholders to the Committee meetings.

MoFA spokesperson Asim Iftikhar briefed the committee on the measures being taken by the Ministry of Foreign Affairs to raise Kashmir at international platforms. He said that Kashmir is a national agenda and MoFA has been pursuing the case related to the illegal custody and desecration of the body of Syed Ali Geelani from the bereaved family and the forceful burial. He said that Pakistan was also monitoring the registration of false case against the family of Syed Ali Geelani under black law of Unlawful Activities (Prevention) Act (UAPA) and would raise at all global forums.

He said that Pakistan is alive to the situation and measures are being taken in this regard. He said that the foreign missions have been fully activated.

Briefing on the successful holding of the Kashmir Premier League (KPL), Shehryar Khan Afridi said that the KPL has brought about a revolution in Azad Jammu and Kashmir and people have benefitted in all dimensions – from economic activities, tourism to the social fabric of Kashmir.

He lauded the role of Azad Kashmir government, the armed forces, Pakistan Cricket Board (PCB) and the KPL management for making the show a success. He said that Kashmiris have sent a message across the globe and it has put Kashmir on the global sports map.

He said that sports and culture brings the people together, and the way the KPL has united the Kashmiris is unprecedented. He said that Pakistan has been facing cultural invasion from India but now Pakistan has started to showcase Pakistani culture and heritage globally. He said that Pakistan needs to showcase its rich cultural heritage which would help project the true image of Pakistan at the global level. He said Pakistan needs to promote its own heroes. PCB CEO Wasim Khan briefed the Committee about the Indian pressure to scuttle the KPL.

In his briefing, KPL President Arif Malik detailed the success of the KPL. KPL President and franchisee owners expressed gratitude to Shehryar Khan Afridi for taking the Kashmir cause to the international audiences.

Prime Minister AJK Abdul Qayyum Niazi showered praises on Kashmir Committee Chairman Shehryar Khan Afridi and KPL team for making the KPL a success. He said that the KPL has created ripples across the globe and it has promoted Kashmir globally. He said that the way KPL has revived the image of Kashmir, it has been proved that such cultural and sports events can better promote the culture of Kashmir’s soft image to the world. Abdul Qayyum Niazi also showered praises on the KPL management for holding the event according to the global standards.

PM AJK also paid tributes to the Kashmiri leader Syed Ali Geelani and said that he was a beacon for the Kashmiris to take the Kashmiri freedom struggle to the next level.

He said the way Prime Minister Imran Khan had been raising the Kashmir issue at all international forums which was unprecedented in history and Kashmiris were very happy to find that they had a strong voice of reason now.

He also expressed gratitude to Chairman Kashmir Committee Shehryar Khan Afridi for giving Azad Kashmir representation at Pakistani Parliament. Referring to the Defence Day, Shehryar Afridi also paid tributes to those martyrs who laid down their lives in 1965 and in other wars to defeat the enemy.