England sweat on fitness of Anderson ahead of India Test finale 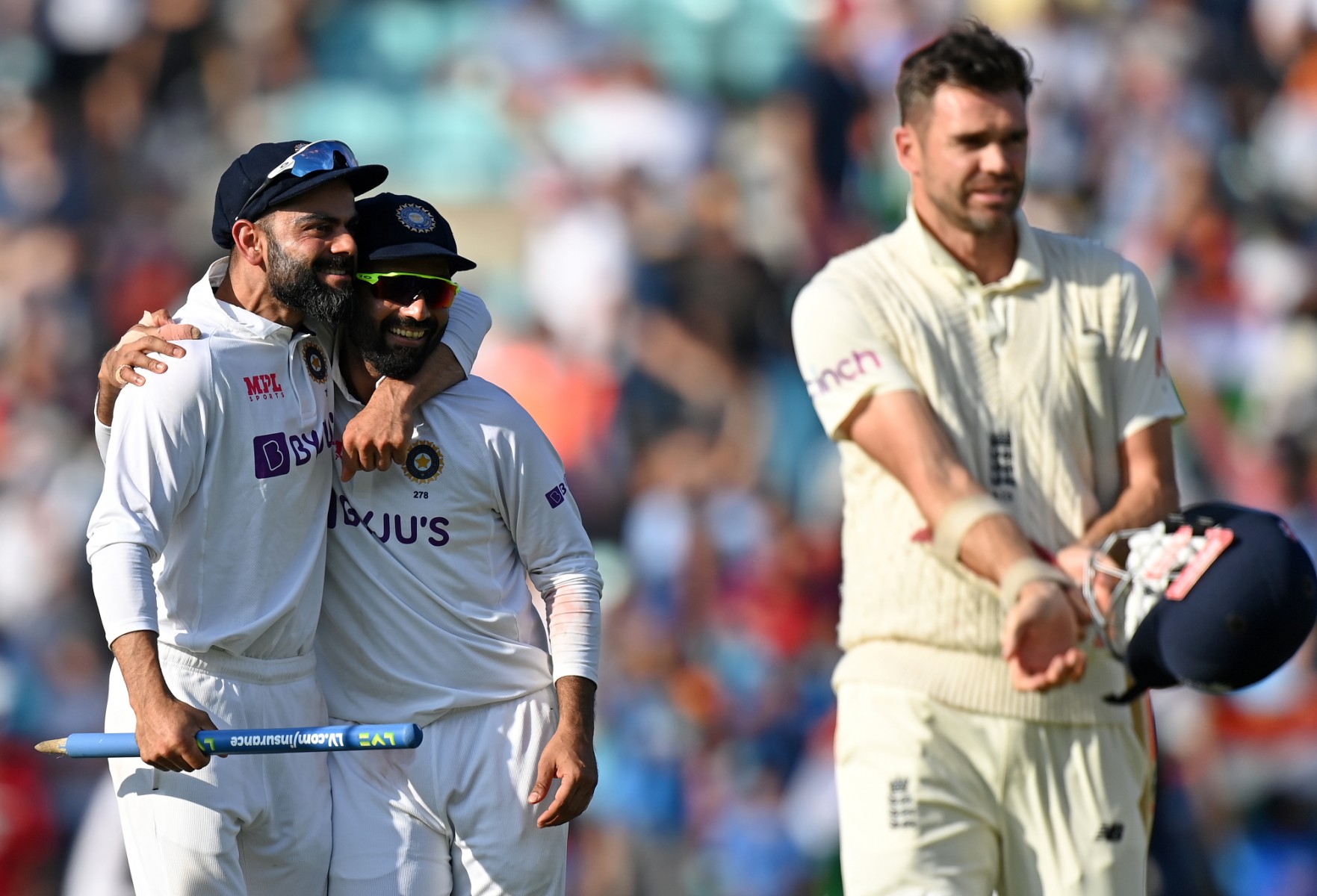 Joe Root says England will weigh up the fitness of pace spearheads James Anderson and Ollie Robinson as they attempt to avoid a series defeat by India in the fifth Test at Old Trafford.

England trail 2-1 in the five-match series after a 157-run defeat at the Oval on Monday and the bowling attack has limited time to recover ahead of the start of the final game on Friday.

Veteran seamer Anderson and Robinson have both played all four Tests and shared a heavy workload of more than 96 overs between them at the Oval.

The pacemen have together taken 36 wickets in the four games and England captain Root will be desperate to call on them as he bids to level the series.

“These two days are really important for recovery, making sure they’re in a position to play Test cricket,” Root said on Wednesday.

“I think one thing you have to do is trust the medical advice that’s been given, speak to the guys that understand the science behind this and also speak to the players as well that know their own bodies better than anybody else.

Root said Jos Buttler, who missed the fourth Test for the birth of his second child, would return as England’s vice-captain and wicketkeeper.

It means Jonny Bairstow, who kept wicket at the Oval, or batsman Ollie Pope will miss out at Old Trafford.

Root also confirmed that Moeen Ali remains the side’s number one spinner after Somerset left-arm spinner Jack Leach was recalled to the squad.

The Test skipper said England must learn to cope better with high-pressure moments after coming unstuck at crucial times during the series against Virat Kohli’s men.

“Within this series there have been half-an-hour periods in the game where we’ve not managed it as well as them and it’s really cost us and we’re sat 2-1 down instead of potentially 3-0 up,” he said.

Root, who has shouldered the burden of run-making during the series, said it was down to individual batsmen to step up.

“Can you be the one to go and make that big score and to really put us in a position of strength, be part of a really big partnership?” Root asked.

“It just takes that one person to go on and do it,” he said. “It can very quickly spread like wildfire, feed into the rest of the group so hopefully that can materialise this week.”