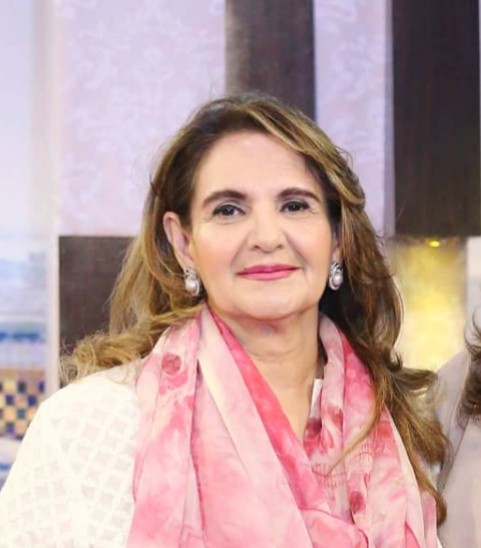 MULTAN: First Lady, Samina Arif Alvi, on Wednesday inaugurated first ever pediatric surgery services for neonatal and adult kids in South Punjab at Children Complex. Incision of 500 enlisted kids will be conducted turn-by-turn once in a week under Punjab govt financial assistance in collaboration with an NGO Taarey Zameen Par Trust (TZP).

Addressing the opening ceremony, First Lady Samina Arif Alvi, said each one of us should come forward to make Pakistan an Islamic Welfare State. She informed that she was working for breast cancer and differently-abled people adding that they should not be left alone rather we should make them useful citizens.

Ms Samina quoted SBP Governor, Dr Reza Baqir as saying that only two or three per cent women applied for loans though the government offered huge funds for it to run their business. The First Lady appreciated TZP CEO, Fadia Kashif and his team for services rendered for health and other sectors and added that Children Complex had achieved a milestone by launching surgery services.

The philanthropists should join and support the government for such a noble cause, Ms Alvi said. Earlier, Dean Children Complex informed that Punjab Govt had released Rs 10 million for the initiative adding that he was delighted that his dream had come true today.

He extolled, Ms Fadia Kashif, Dr Kashif Chishti, Dr Sohail Arshad, Dr Ali Bokhari for the efforts they had put in for launching of the services, CEO TZP, Fadia Kashif said that all of us should own our country and play our role for the progress of the country.

She shed light in detail on the services rendered by her trust. HOD Paeds Dept, Dr Sohail Arshad, elaborated about the surgery and said that Children Complex had become the second cardiac centre after Children Complex, Lahore in the public sector.

Cardiac Surgeon, Dr Ali Bokhari stated kids would be operated upon with state-of-the-art facilities at Modular Operation theatre. He announced to begin heart transplant in the future at Children Complex. Later, the first lady visited Mukhtar A. Sheikh hospital (MASH) and inspected the healthcare facilities being extended there..

CFO, Umer Farooq briefed her about the hospital’s services saying that 66 Cochlear Implants have been conducted at the hospital wherein 33 were performed with financial assistance of PBM. She hailed the role of doctors, paramedics and nurses adding that Sehat Sahulat Card was a good step for improved health facilities for the public. Farrukh Mukhtar College of Nursing will help overcome shortage of nurses, she mentioned.