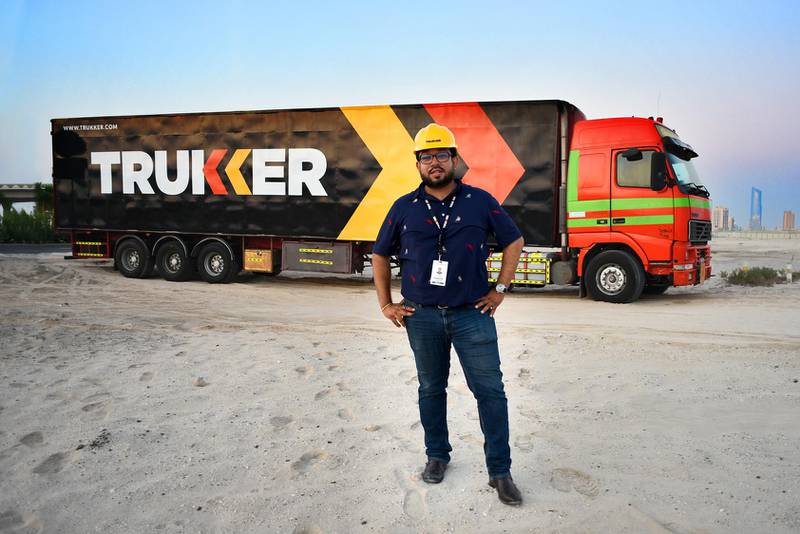 Trukker, a UAE start-up that provides an Uber-like service for trucks with its digital platform, has acquired Pakistan’s TruckSher as it seeks to expand its operations in the South Asian country and boost growth. The company did not disclose the value of the deal but said it is their first acquisition to expand within the land freight sector.

“We have been doing our feasibility and analysis of the Pakistan land freight sector for some time now and are very excited with the opportunity it offers to digitisation and adaptation of technology in this fragmented and traditional sector,” Anish Garg, Trukker’s chief operating officer, said.

Trukker, which currently operates a fleet of more than 35,000 trucks in Saudi Arabia, the UAE and Egypt, was set up in 2016 and is backed by prominent investors from the Middle East and North Africa region, including Saudi Arabia’s STV, Riyad Taqnia fund, and the World Bank’s International Finance Corporation. Silicon Valley-based Partners for Growth is also supporting the company.

Pakistan’s TruckSher started its operations earlier this year and raised seed investment from Lahore-based venture capital firm Sarmayacar. The company has a presence in Karachi and Lahore with planned expansion across major industrial zones and ports in Pakistan.

“We are very excited to work with Trukker and look forward to accelerating our growth in Pakistan and learn from the success achieved in the Mena region,” Abid Butt, TruckSher’s managing director, said. Start-ups within the digital freight space have seen business boom in recent years as demand for digital solutions within the logistics sector rises. The use of digital solutions within the freight and logistics sector could reduce operating costs by 10 per cent to 30 per cent and reduce operational risk and breakdowns by up to 75 per cent, according to a report by Strategy&.

Funding has also picked up significantly in such companies digitising the sector. Trukker raised $10m venture debt from Silicon Valley’s Partners for Growth last year while another start-up LoadMe raised around $1 million from regional investors in 2018 to fuel growth. Trukker is also preparing for a potential listing on Saudi Arabia’s Tadawul stock exchange in a bid to tap into the region’s growth potential, the company’s chief executive Gaurav Biswas said.