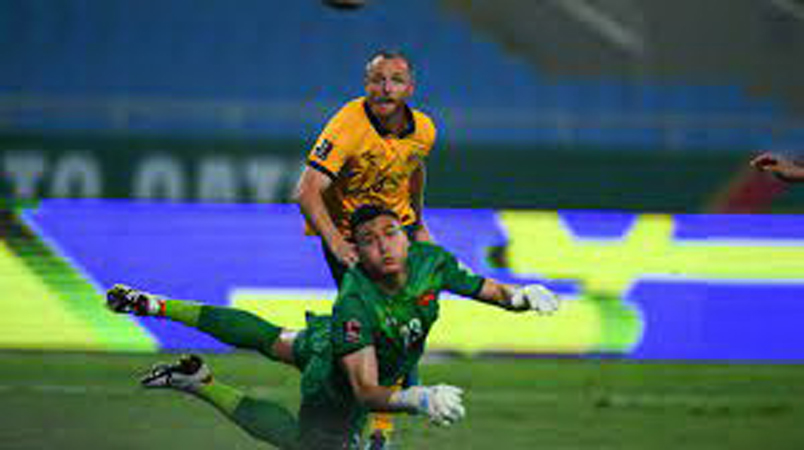 HANOI: Australia beat Vietnam 1-0 in Hanoi on Tuesday, becoming the first AFC nation to win 10 World Cup qualifiers in a row. The victory, courtesy of Rhyan Grant’s first-half winner, also left the Socceroos on two wins from two in Group B. Played behind closed doors because of Covid-19 restrictions, the match at the My Dinh National Stadium was goalless for most of the first half, Graham Arnold’s Australia dominating the ball but coming up against a disciplined Vietnam defence. And it was a Grant header that broke the deadlock in the 43rd minute, the right-back scoring his first international goal off an Ajdin Hrustic assist. From then on, the home team struggled to get a decent shot on goal. Vietnam’s defeat ends the side’s 17-game unbeaten run at home. It also means they still have no points in their first appearance in the final round of Asia’s World Cup qualifiers, having lost 3-1 away to Saudi Arabia last week. Australia are on two wins with no goals conceded, following last week’s 3-0 victory over China in Doha. The Socceroos will play Oman next on 7 October, while Vietnam will face China.