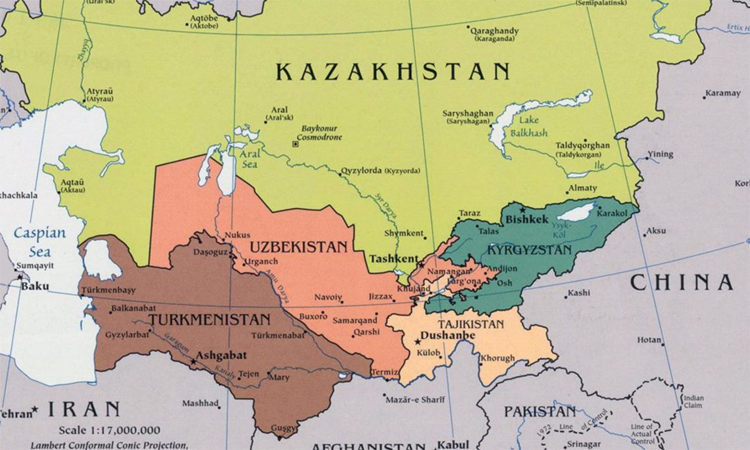 Consequent upon the withdrawal of NATO forces from Afghanistan, the prospects of stability in the country are high, if a broad-based government is set up in Afghanistan. With this development, significance of Central Asia for international trade and regional connectivity is all the more enhanced. In this situation, Kazakhstan is well poised to serve as the trade hub of entire Central Asia.

Kazakhstan is leading economy of Central Asia with abundant resources like oil, gas, coal, uranium, copper, aluminum, zinc, gold, iron and rare earths, etc. Besides, there is immense agricultural potential for grain and livestock production. Kazakhstan is second major exporter of wheat flour with 2.5 million tonnes, after Turkey. Oil and related products account for 70pc of total exports of Kazakhstan. According to World Bank report of 2019-2020, Kazakhstan’s GDP is over $ 180 billion that is more than half of the region’s GDP. Under Kazakhstan 2050 Strategy, the country is determined to be among the 30 most developed nations of the world by 2050. Chinese President Xi Jinping was aware of the trade potential of Kazakhstan when he launched colossal Belt and Road Initiative (BRI) from Nur Sultan in 2013.

Kazakhstan is among the top destinations of investment. Structural reforms in economy, administration, business, trade and industry have transformed Kazakhstan into a big recipient of Foreign Direct Investment (FDI). Central Asia has received FDI of $ 330 billion and 70pc of the same has been attracted by Kazakhstan. In World Bank’s Ease of Doing Business list, Kazakhstan is ranked 25th. The government has established Astana International Financing Center (AIFC) with special tax, visa and employment regimes for the investing companies. For speedy resolution of trade disputes, a separate Court and International Arbitration Center has also been structured at AIFC that is separate and independent from the local judicial system of Kazakhstan.

Kazakhstan is a major transport and logistics hub in the region, linking the large and fast-growing markets of China and South Asia to those of Russia and Western Europe by road, rail and a port on the Caspian Sea. Kazakhstan presents a trade gateway to a market of about 150 million consumers in the Caspian Sea countries, 50 million in Central Asia and 300 million in Western China. Kazakhstan accounts for 70pc BRI transit traffic passing from China to Europe and vice versa.

In April 2021, Uzbekistan and Kazakhstan set up a giant trade and economic cooperation hub, the largest of its kind in Central Asia, at Gisht Kuprik-Zhibek Zholy border checkpoints. Zhibek Zholy checkpoint is in Turkistan region of Kazakhstan that caters Uzbek exports to Russia, EU and China (50pc of Uzbek trade turnover). Similarly, Gisht Kuprik checkpoint in Tashkent region of Uzbekistan facilitates Kazak exports to Tajikistan, Afghanistan and Pakistan. This new trans-border trade hub covers a territory of 400 hectares and would allow some 35000 people and up to 5000 trucks to cross the border from both sides each day on getting fully operational. It would triple trade between two biggest trade economies in the region to $ 10 billion.

Then, Kazakhstan has a special economic zone of Khorgos on Chinese border with an area of 450 hectare facilitating rail cargo between China and Europe. Since 2011, China-Europe Express Train is running that links 48 cities in China to 40 cities of 14 EU countries. Khorgos is being viewed as the world’s largest dry port. Distance from Kashgar to Khorgos is merely 632 km. Central Asian countries can optimise Khorgos-Gowadar Axis to carry out trade with South Asia, Middle East, Africa and Pacific region through Gowadar port.

Kazakhstan is also part of Quadrilateral Transit and Trade Agreement (QTTA) along with Pakistan, China and Kyrgyzstan that is an alternative gateway for Central Asia to the warm waters of Gowadar port, by completely circumnavigating Afghanistan, in case of instability. QTTA would link landlocked Central Asia to China’s Xinjiang region that is connected with Karakoram Highway toward sea port of Gowadar.

Following are the mainstays of Kazakhstan as trade hub of Central Asia:

* Diversification of trade routes including rail, road, air, and sea

Qystapa Erjan, Kazakhstan’s ambassador in Islamabad, is making his best efforts to secure Kaz-Pak Transit Trade Agreement with trans-shipment facilities that could usher in an outstanding era of intra-region and inter-region trade and commerce. The 21st century is an age of interdependence where fates of states are tied together while relying on each other’s comparative advantages.