Two gunned down in anti-Taliban protests 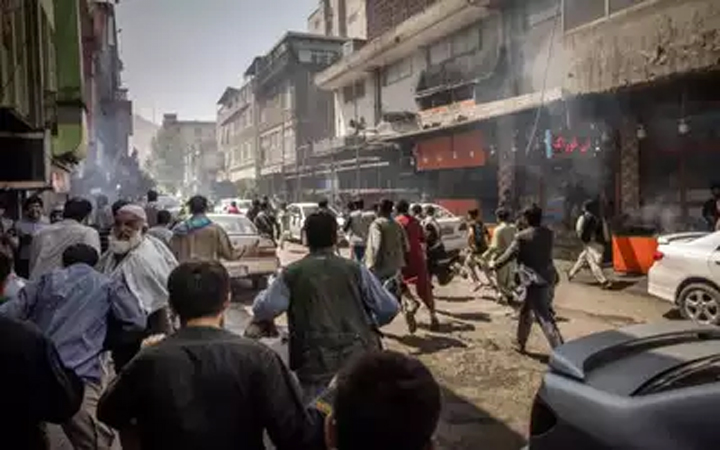 Two people were shot dead and eight wounded in a protest in the western Afghan city of Herat on Tuesday, a doctor said. The bodies were brought to the city’s central hospital from the site of the protest, the doctor, who asked not to be named out of fear of reprisals, told AFP. Separately, the Taliban on Tuesday fired shots into the air to disperse hundreds of people who had gathered at several rallies in Kabul, the latest signs of defiance by Afghans against the hardline movement which swept to power last month. At least three rallies were held across Kabul in a show of resistance that would have been unthinkable during the Taliban’s last stint in power – when people were publicly executed and thieves had their hands chopped off. “From the outset, we fought the whole world for sake of Islam and our country,” Zabihullah said, rubbishing the narrative being built by the Indian media over Pakistan’s role in the comeback of the Taliban in Afghanistan and the routing of the Ashraf Ghani regime. Meanwhile, a new data study on Tuesday revealed that 51% of news related to Pakistan and Afghanistan by the Indian media was fake.

On Monday the world’s largest democracy India, and its media again made a fool of themselves when it aired news and posted fake pictures of Pakistani Air Force fighters over the Panjsher valley, allegedly hitting targets and sharing pictures of a downed F-16. The Indian media went berserk when the Twitter handle of Ahmed Massoud – claiming to be the Official Twitter account of the son of Massoud Ahmad Shah, shared a picture of an F-16, fairly undamaged on hilly terrain.

What the commander of the Panjshir Resistance forces tried to hide was the fact that the picture of the aircraft he shared was that of a United States Air Force F-16 that crash-landed during a training exercise in April 2018 in Arizona, USA.

According to G5iO – a platform focusing on using data and analytics to develop insights for policy and public interest said there has been a marked increase in disinformation and fake news proliferating throughout Indian Media related to the Afghanistan conflict. The study showed how Indian media networks not only remained biased in favour of the National Resistance Front (NRF) through mostly fake reports and analyses.