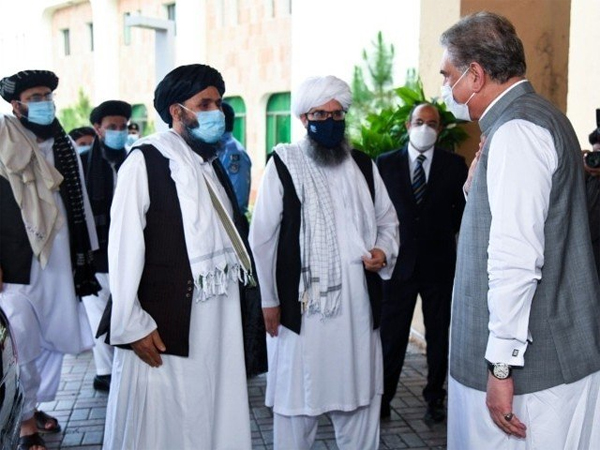 The newly formed government of the Islamic Emirate of Afghanistan Tuesday strongly rubbished claims of any Pakistani ‘interference” in either Panjshir or in the formation of the new government. “The interference from Pakistan is a rumour that has been propagated during last 20 years,” Zabihullah Mujahid, the spokesman and the new Information Minister of the Islamic Emirate of Afghanistan said at a presser in Kabul Tuesday evening. “We do not allow interference. We act with complete freedom and we were able to fight the world countries which were occupying our country,” he said in response to a question after announcing the new interim Afghan government set up in Kabul. “Afghan women want their country to be free. They want their country to be rebuilt. We are tired,” protester Sarah Fahim told AFP at one rally outside the Pakistani embassy, where more than 70 people, mostly women, had gathered. “We want that all our people have normal lives. How long shall we live in this situation?” the 25-year-old said.

The crowd held up banners and chanted about their frustrations with security, free passage out of the country and alleged meddling by Pakistan – which historically has had close ties with the Taliban leadership.

Videos posted on social media of a separate rally showed more than a hundred people marching through the streets under the watchful eye of armed Taliban members. Another protester, Zahra Mohammadi, a doctor from Kabul, said: “We want Afghanistan to become free. We want freedom.”

Scattered demonstrations have also been held in smaller cities in recent days, including in Herat and Mazar-i-Sharif where women have demanded to be part of a new government.