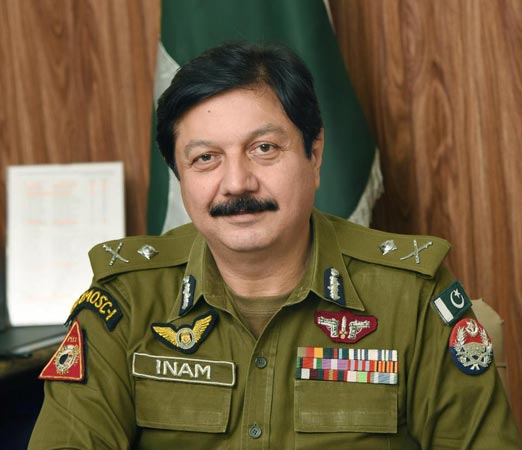 Inam-GhaniThe federal government on Tuesday notified the transfer and posting of high-ranking officers.

According to a notification issued by the Establishment Division, Kamran Ali Afzal, a BS-22 officer of Pakistan Administrative Service, presently posted as secretary Industries and Production Division, has been transferred and posted as chief secretary, Government of the Punjab, with immediate effect and until further orders.

Sardar Ali Khan, a BS-21 officer of Police Service of Pakistan, presently serving under Government of Punjab, has been transferred and posted as provincial police officer (PPO), Government of Punjab, with immediate effect and until further orders, the notification read. Khan has replaced Inam Ghani, who has been transferred and posted as the inspector general of Pakistan Railways Police with immediate effect, said the notification.

The appointments have been made based on a summary forwarded to the cabinet by the Punjab chief minister. According to official sources, Punjab Chief Minister Usman Buzdar had recommended three names each for the new Punjab chief secretary and the IGP to Prime Minister Imran Khan. For the chief secretary, Buzdar had reportedly recommended the names of Ahmed Nawaz Sukhera, Kamran Ali Afzal and Babar Hayat Tarrar, and for IGP his picks were Sardar Ali Khan, Zafar Iqbal and Mohsin Butt.

Media reports earlier claimed that PM Imran Khan and Chief Minister Usman Buzdar had decided in a meeting to make the important changes to the Punjab government. The Punjab chief minister had decided to inform the federal government in writing about replacing the IG Punjab and the Punjab chief secretary. The provincial cabinet is also likely to be shuffled in the coming days, a private TV channel claimed.

The latter has a degree in electrical engineering from the University of Engineering and Technology, Lahore, and a Masters of Law (LLM) from the London School of Economics. He has also served as the Balochistan deputy inspector general of police and Khanewal divisional police officer for the Punjab police.