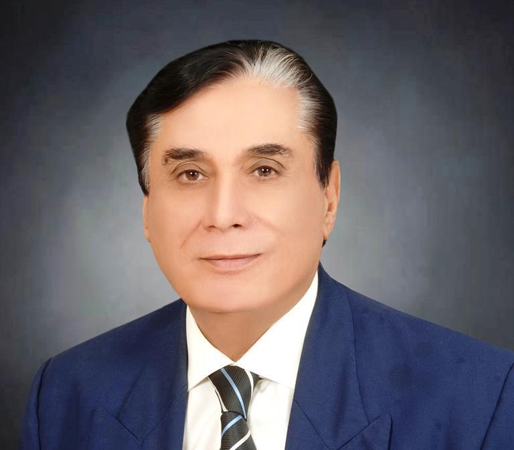 The meeting was informed that out of 66 mega corruption cases have been brought to a logical conclusion. While various esteemed accountability courts have sentenced the accused to a total of Rs. 4.364 billion as per law on the basis of solid evidence in 12 mega corruption cases. Abdul Qadir Tawakal and others were fined Rs 613 million, Ishtiaq Hussain of Messrs Buraq Syndicate Rawalpindi and others awarded fine Rs 200 million, Pakistan Medical Cooperative Housing Society management and land suppliers sentenced Rs 70 million, Haris Afzal son of Sher Muhammad Afzal and others to Rs 1 billion. Seth Nisar Ahmed and others sentenced Rs 179.069 million, Sheikh Mohammad Afzal Chief Executive / Director Harris Steel Industry Pvt Ltd and others to Rs 331 million, Raza Habib Chief Executive, Mrs. Shumaila Messrs. Janat Apparel Pvt Ltd Faisalabad to Rs 174 million Sheikh Muhammad Afzal sentenced to Rs 435 million, Galaxy City Rawalpindi management and others to Rs 213 million, Ayaz Khan Niazi to former NICL chairman and others to Rs 900 million, Syed Mureed Kazim, former provincial minister For Revenue Khyber Pakhtunkhwa, Ahsanullah, a former senior member of the Board of Revenue and others, was fined Rs 200 million, while Saeed Akhtar, general manager of Pakistan Railways, and others were fined $ US 3.78 million

While in 6 cases, NAB recovered a total of Rs. 7.859 billion from the accused through voluntary returns and deposited it in the national treasury.

It was informed in the meeting that according to the law, the accused in 4 mega corruption cases made a plea bargain through which a total of Rs 1.256 billion was recovered by the NAB from the accused and deposited in the national treasury.