Taliban making good on promises to let out Afghans: US 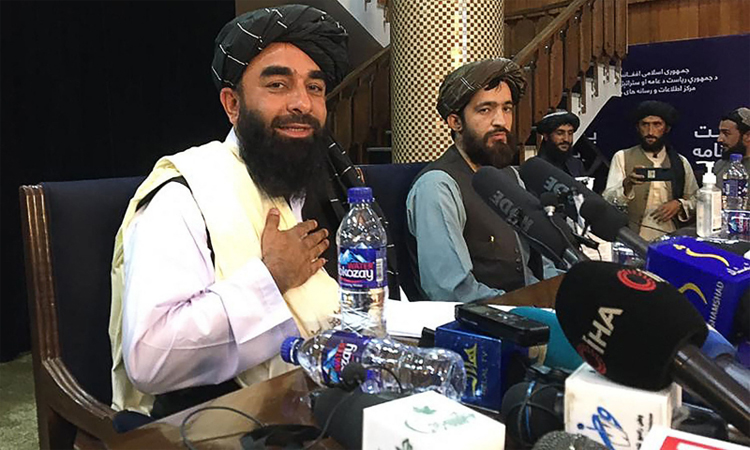 US Secretary of State Antony Blinken said Tuesday that the Taliban were making good on promises to let out Afghans as he heard firsthand concerns on the country’s future during a trip to Qatar.

Blinken met Afghan evacuees and US teams processing them on a two-day visit to Qatar, the transit point for nearly half of the more than 120,000 people airlifted from Afghanistan since the Taliban’s lightning takeover on August 15. President Joe Biden has faced mounting pressure from activists and Republican rivals who say the Taliban have been preventing several hundred people, including Americans, from flying out of the northern city of Mazar-i-Sharif on charter flights scheduled over the past week.

But Blinken said the United States had been in touch again Tuesday with the Taliban who promised to let Afghans “freely depart” — a key test as the United States weighs whether to work with a future government in Afghanistan led by the Islamists.

“We are not aware of anyone being held on an aircraft or any hostage-like situation in Mazar-i-Sharif,” Blinken told a news conference in Doha where he and Defense Secretary Lloyd Austin met their Qatari opposite numbers. “We have been assured, again, that all American citizens and Afghan citizens with valid travel documents will be allowed to leave,” Blinken said. “We intend to hold the Taliban to that.” He said the United States was seeking to resolve problems with charter flights including security screening and some passengers’ lack of identification.

He said the Taliban cooperated Monday when a family of four US citizens left overland, the first such departure arranged by the US government after the chaotic end to the 20-year US war. Qatar told Blinken it was moving quickly with Turkey to restore the ramshackle Kabul airport, a move that would allow more people to leave and humanitarian supplies to come in. Blinken and Austin voiced appreciation to Qatar’s ruler, Emir Sheikh Tamim bin Hamad Al-Thani, and toured the Al Udeid military air base outside Doha which became the busiest point of entry for evacuated Afghans. In an aircraft hangar ventilated to protect from the searing desert heat, Blinken walked past some 200 green cots – now empty as Afghans moved out – and tables where US troops distributed water, baby formula and nappies.