Taliban urge world to ‘recognise’ them, reopen embassies in Kabul 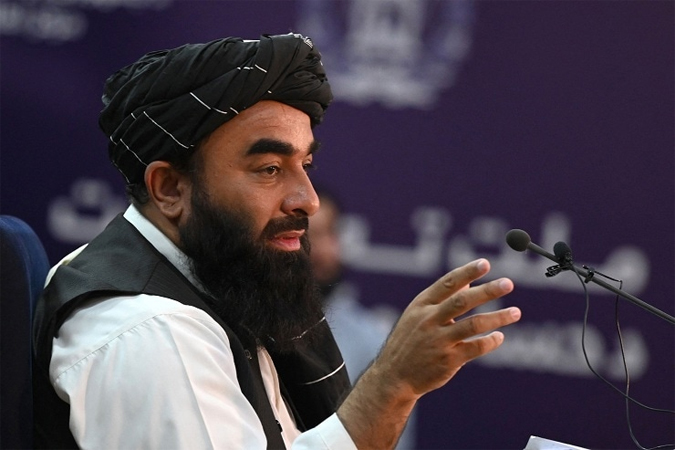 The Taliban on Monday called for recognition of Afghanistan, saying the country ‘has the right’ to be recognised while urging the international community to reopen their embassies in Kabul.

“The war has ended, the country is getting out of the crisis. It is now time for peace and reconstruction. We need the people to support us,” spokesman Zabihullah Mujahid told a press conference in Kabul.

Addressing journalists at the press conference, Mujahid stressed that “Afghanistan has the right to be recognised”. “The international community should open their embassies in Kabul,” he said.

The Taliban spokesman also called upon military personnel who served under the previous regime to join the new force. “The Afghan forces who were trained in the past 20 years will be asked to rejoin the security departments alongside Taliban members.”

He said that any insurgency against their rule would be “hit hard”, after earlier saying they had captured the Panjshir Valley – the last pocket of resistance. “The Islamic Emirate is very sensitive about insurgencies. Anyone who tries to start an insurgency will be hit hard. We will not allow another,” Mujahid said. “Anyone who picks up arms and starts another resistance, without any doubts, will be our enemy.

The Taliban on Monday claimed total control over Afghanistan, saying they had won the key battle for the Panjshir Valley, the last remaining holdout of resistance against their rule.

Following their lightning-fast victory in mid-August over the former Afghan government’s security forces and the withdrawal of US troops after 20 years of war, the Taliban turned to fighting the forces defending the mountainous Panjshir Valley. “With this victory, our country is completely taken out of the quagmire of war,” spokesman Zabihullah Mujahid said.

The National Resistance Front (NRF) in Panjshir-made up of anti-Taliban militia and former Afghan security forces-on Sunday acknowledged suffering major battlefield losses and called for a ceasefire. But on Monday the group said in a tweet that its fighters were still present in “strategic positions” in the valley.

The NRF includes local fighters loyal to Ahmad Massoud-the son of the famous anti-Soviet and anti-Taliban commander Ahmad Shah Massoud-as well as remnants of the Afghan military that retreated to the Panjshir Valley.

As Taliban fighters amassed in the valley, Massoud on Monday called on Afghans in and out of the country to “rise up in resistance”.

The Taliban are yet to finalise their new regime after rolling into the capital Kabul three weeks ago at a speed that analysts say likely surprised even the hardline Islamists themselves. As they undertake a mammoth transition into overseeing key institutions and cities of hundreds of thousands of people, Mujahid said an interim government would first be announced, allowing for later changes. “Final decisions have been taken, we are now working on the technical issues,” he said at a press conference.

Afghanistan’s new rulers have pledged to be more “inclusive” than during their first stint in power, with a government that represents Afghanistan’s complex ethnic makeup-though women are unlikely to be included at the top levels.