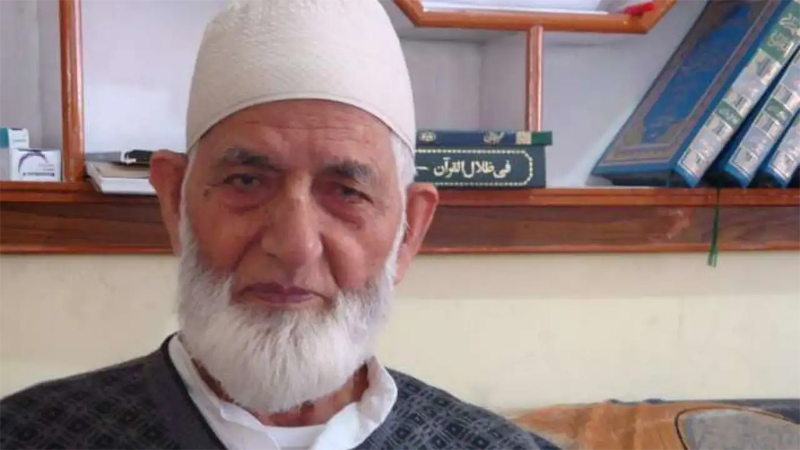 Pakistan on Monday strongly condemned the “reprehensible act” of registration of cases against the grieving family members of the iconic Kashmiri leader Syed Ali Shah Geelani by the Indian Occupation Forces.

Foreign Office spokesperson said in a statement that after denying the family the right to bury Syed Ali Shah Geelani as per his will, the Indian forces had further resorted to harassing the family of Syed Ali Shah Geelani by registering cases against them on trumped up charges. He said India’s mistreatment of Syed Ali Shah Geelani’s family was part of its agenda to force Kashmiris to prevent them from demanding the exercise of their inalienable right to self-determination. However, it will never succeed, as the resolve of the Kashmiri people is getting strengthened with the passing of every day, he added.

The spokesperson urged the international community to take serious note of this unprecedented repression, and the persisting systematic human rights violations in the Indian Illegally Occupied Jammu and Kashmir (IIOJK). He also called for holding India to account for its inhuman, unjust and illegal actions.