* PPP chief says next PM, Punjab CM will be jiyalas 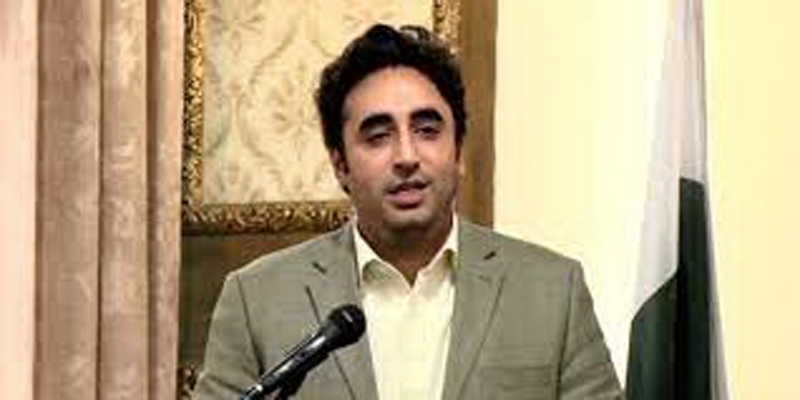 Bilawal Bhutto Zardari Sunday said the next government will be that of the Pakistan People’s Party, adding that the next prime minister and the next chief minister in Punjab will be jiyalas.

“Begin your preparations. Move ahead at full throttle. The next government will be that of the Peoples Party. The next prime minister and the next chief minister will be a jiyala,” Bilawal told a party rally in Dera Ghazi Khan. “My message to all the jiyalas is: rise, jiyalas, rise … country needs you once more,” he continued. “Let us work together and topple this puppet government,” he said, adding that “those who had stood firm in the face of dictatorship will see this selected ruler removed”.

Bilawal said Nawaz Sharif will himself decide about his return, however the people want their leadership to live among them. He said that Altaf Hussain or Ashraf Ghani model were unacceptable to people.

When asked about the Pakistan Democratic Movement (PDM), Bilawal stated that the opposition parties do not want to remove Usman Buzdar or dislodge Imran Khan’s government through this alliance.

To another question, he said that PDM parties could not succeed if they continued their non-serious attitude. The opposition alliance could not come on one page due to different narratives within its ranks, he admitted. He said some parties in the PDM are confused over the issue of tendering resignations from assemblies. “If they resign, how would they bring a no-confidence motion as per their plan,” Bilawal questioned. He said his father suffered worst torture during the PML-N reign but the party ignored it for democracy. To another question, Bilawal said that consensus among all was necessary for electoral reforms. He said that PPP wanted a prosperous, progressive and democratic Pakistan. He claimed that PPP governments laid a network of development works in South Punjab. It had done as much for South Punjab as no one else had done. Bilawal stressed the need of proper implementation over National Action Plan in the country.