No ‘unilateral recognition’ of Taliban govt in Afghanistan 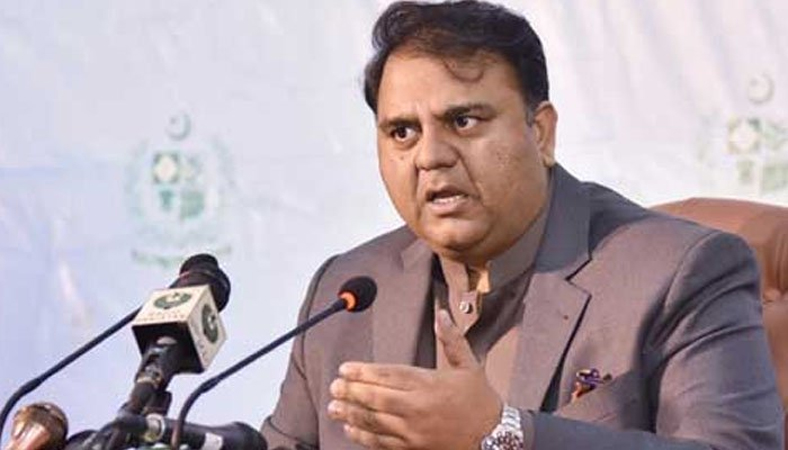 Federal Minister for Information and Broadcasting Chaudhry Fawad Hussain said on Sunday that Pakistan has a very clear policy on Afghanistan, and that it wants stability and peace in the neighbouring country.

Talking to the media here, he said Pakistan would support an inclusive government in Afghanistan. As far as the recognition of Taliban authorities was concerned, Pakistan did not want to take a unilateral decision, and it would go along with the regional countries and other global powers.

The federal information minister said that Lt Gen Faiz Hameed is not the first intelligence chief who visited Kabul. According to media reports, the intelligence chiefs of US, Turkey and Qatar have also visited Kabul, he said, adding that the intelligence agencies have their own style of working. Any situation in Afghanistan would have deep impact on Pakistan, because it has strategic, political, social and economic relations with the neighbouring country, so we cannot ignore Afghanistan, he added.

“Currently, there is a political vacuum in Afghanistan and no government is in place there. In such a situation, the intelligence relations are used to remove each other’s reservations and bring the two sides to dialogue to establish good relations. The Indian media’s hue and cry and propaganda over the issue was the outcome of its sheer disappointment with the Afghanistan situation,” he said.

Fawad Ch said that Pakistan’s policy over Afghanistan is not different from that of the world. He said Pakistan had long been calling for a political solution to Afghanistan, but the US president and other global community realised it today by calling for the same solution. “Yes, the difference is that Pakistan has been giving this suggestion before the country had not suffered huge losses, but the US and other countries suggested that solution after heavy losses had already been inflicted on that country,” he added.

The minister said it was also Pakistan’s policy that it could not abandon the common Afghan people. “Their lives are as important for us as the lives of those evacuated from Afghanistan. We have provided complete help in the evacuation process, and in this regard, we are helping foreigners and the media persons, who are stuck in Kabul, and we will continue with this effort,” he added. “The contribution Pakistan has made for evacuations is immense and we will continue that. To us, both sections of Afghan people, who want to leave Kabul, and those left behind, are important to us. We want the world to get engaged with Taliban authorities, so that both sections can be taken care of. Today, our borders are open, our air border is open,” he added.

Fawad Ch said that 92-year-old great Kashmiri leader Syed Ali Geelani is still the symbol of freedom. India was so much afraid of the valiant leader that even after his death, the Indian government did not allow his mass funeral prayers, the minister said adding that Narendra Modi, who is inspired by Hitler, and the Indian ruling party, were so cowered and scared of Geelani’s funeral that they did not hand over his body to his heirs.

Opposition leaders – Bilawal Bhutto, Shehbaz Sharif, Maryam Nawaz and Maulana Fazlur Rehman – have different opinions and there were intra-opposition parties rifts also, said the minister. The PML-N is confused about its top leader to lead the party, and the PDM (Pakistan Democratic Movement) also seemed in tatters, and that is why the government did not receive any serious response from the opposition parties so far, added the information minister.