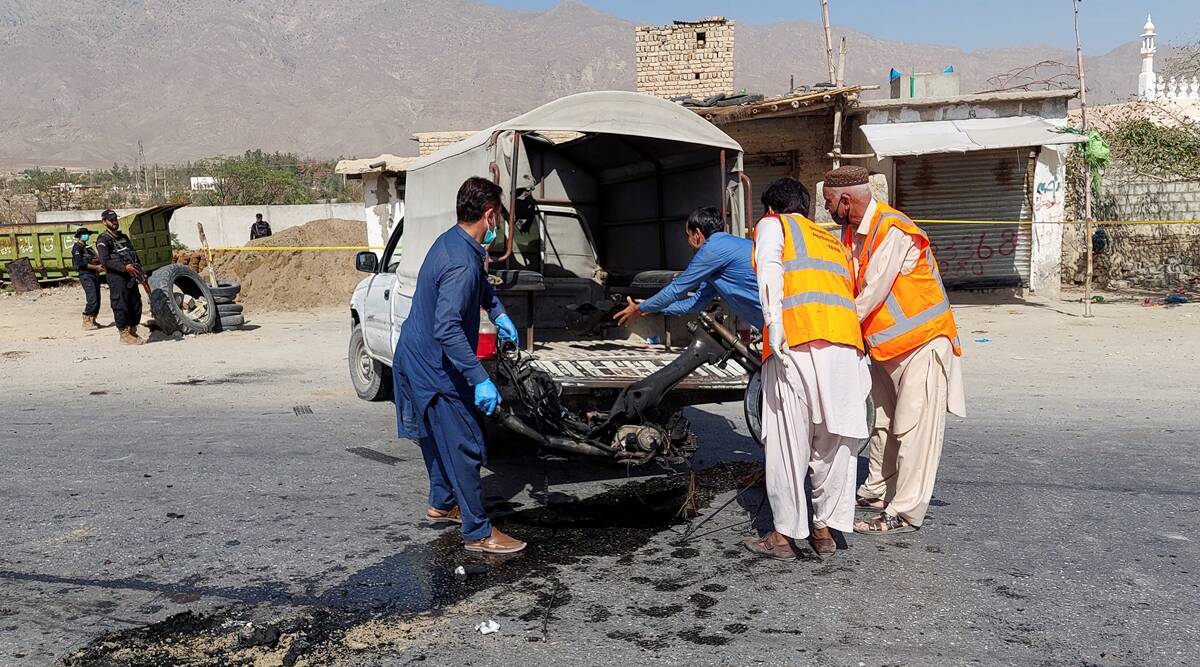 Four paramilitary soldiers were killed Sunday when a suicide bomber on a motorbike blew himself up in Quetta, police said.

The bomber targeted Frontier Constabulary guards in the Mian Ghundi neighbourhood where Hazara merchants were trading vegetables. Three died immediately in the blast, with another officer dying later of his wounds, said Azhar Akram, deputy inspector general of police. He told AFP that 17 guards and two civilians were wounded in the blast. Three are in a critical condition, he said.

A spokesman for the police’s Counter-Terrorism Department confirmed the attack.

Prime Minister Imran Khan, in a tweet, condemned the Tehreek-e-Taliban Pakistan (TTP) for the suicide attack. “My condolences go to the families of the martyrs and prayers for the recovery of the injured. Salute our security forces and their sacrifices to keep us safe by thwarting foreign-backed terrorists’ designs,” he tweeted.

Governor Balochistan Syed Zahoor Agha and Chief Minister Mir Jam Kamal Khan strongly condemned the suicide attack. In separate condemnation statements, they said such cowardly attack could not weaken the moral of the security forces and the nation and provincial government was committed to eliminate terrorist activities under the contribution of security forces and the public. They said enemies wanted to destabilize the peace of the province with the aim to halt development processes of the areas which would be foiled at any cost for interest of the country and the province.

Punjab Chief Minister Sardar Usman Buzdar also condemned the blast. He extended heartfelt sympathies and condolences to the families of the martyred soldiers. The chief minister said that they had sacrificed their lives to ensure peace in the country.

“We salute the sacrifices of the martyrs,” he said. The whole nation was united for eradicating the menace of terrorism, he added.