Sept 6 a ‘golden chapter’ in defence history of Pakistan 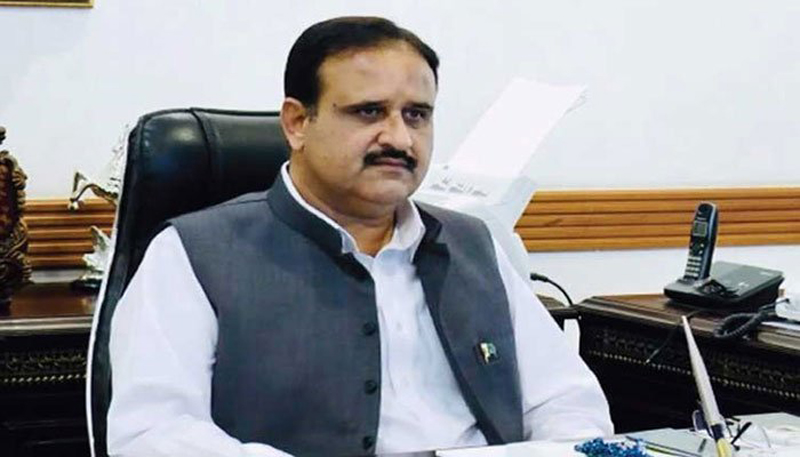 Punjab Chief Minister Sardar Usman Buzdar, in his message on Defense Day, said that the 6th September 1965 is a golden chapter in the defense history of Pakistan when its armed forces and people stood united and retaliated against the aggression of cowardly enemy. The Chief Minister said that brave sons of soil narrated unprecedented stories of bravery and courage and foiled the nefarious designs of the enemy. Usman Buzdar said that history of world is unable to present any other such example of bravery and courage which was exhibited by Pak armed forces. The martyrs of 1965 war who retaliated against the insidious enemy are still alive in our hearts.

The Chief Minister paid rich homage to the martyrdom of the heroes of 1965 war and said that they had rendered unprecedented sacrifices for their motherland and we salute them adding that the martyrs who sacrificed their lives for the defense of the homeland are our pride, glory and honor and today the whole nation expresses solidarity with them and their families. Usman Buzdar said that the nation also salute the services of Ghazi. Today we need the same spirit and unity which was exhibited during the 1965 war.

The whole nation and armed forces are united for the solidarity of the country. On National Defense Day, He also expressed solidarity with the Kashmiri people. Today we have to reiterate that we will not hesitate to sacrifice our lives for the defense of our motherland, he added.

Meanwhile, Punjab Chief Minister Sardar Usman Buzdar held another open court and met more than 200 people residing in the neglected parts of the province. The Chief Minister also summoned the heads of concerned departments in an Open Court. The Chief Minister met each visitor one by one and listened to their issues. The women from far flung areas also informed him about their problems. He issued instruction on the spot for the redressal of the public grievances. The people prayed Chief Minister for taking personal interest in resolving their problems and said that they are thankful to him for listening to their problems and issued instructions on the spot for the early redrassal. They were of the view, this is the new Pakistan where the doors of the CM’s Office are open for the common man.

The Chief Minister, while expressing views on this occasion, said that Allah Almighty has blessed him the CMship to resolve the peoples’ problems. Usman Buzdar further stated that he is fully aware about the problems of a common man. He termed the public as his asset and said that doors of CM’s Secretariat are always open for all. He asserted to further expedite the journey of public service. Usman Buzdar also visited the awareness counter setup by DGPR. Director General Samman Rai briefed him about the “Public Awareness Counter”. The Chief Minister expressed keen interest in this initiative. The Chief Minister saw pamphlets and picture booklets on various development projects at the counter. At the counter articles, features and supplements published in various newspapers have been presented in book form. Chief Minister Usman Bazdar appreciated the performance of DGPR and his team.

Punjab Chief Minister Sardar Usman Buzdar has warned that negligence and laxity in government departments will not be tolerated and now they have to perform besides taking solid measures for resolving the peoples’ problems. He said that time of lip service and presentations has passed.  Action will be taken against the department which fail to perform. Best service delivery will be ensured at any cost. Usman Buzdar said that he will personally evaluate the performance of the departments, based on the targets given to them monthly basis.

Punjab Chief Minister Sardar Usman Buzdar has taken strict notice of the incident of the death of a girl after gang rape in Gujrat and sought a report of RPO Gujranwala. The chief minister directed to arrest the accused involved in this heinous crime at the earliest and provide the justice to the affected family. The special teams have been constituted on the directions of the CM to apprehend the accused.