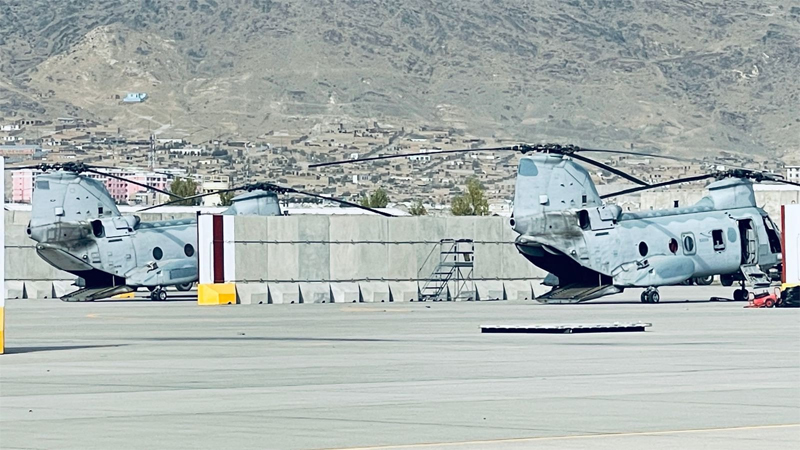 Political leaders have flocked to Doha and some countries have moved their Kabul embassies to Qatar, all praising their host for its key role in the airlift out of the Afghan capital.

Tiny Qatar has seized the moment, cementing its outsize global influence and reputation as a neutral mediator after winning the trust of all sides in Afghanistan’s forever war.

Qatar invited the Taliban to open a political office in Doha in 2013, with then US president Barack Obama’s blessing as conflict in Afghanistan raged.

It went on to host talks between Washington and the Taliban that concluded in 2020 with a troop withdrawal agreement, followed by direct negotiations between the former insurgents and Afghan government.

Doha’s long-standing hotline to the Taliban ultimately helped Qatar burst onto the world stage as the lynchpin of efforts to evacuate desperate Afghans and foreigners — and now the push to reopen Kabul airport.

“The Qataris have earned a reputation as honest brokers who are willing to help multiple warring parties to a find a way to end these conflicts,” said Colin Clarke, senior research fellow at the Soufan Center.

“I think what Qatar got out of it was a growing recognition that Doha is the place to make a deal. It has grown into the Geneva of the Middle East, a place where warring parties can meet on neutral territory.”

In little more than a week, the Arabian desert peninsula will have welcomed the foreign ministers of Germany, the Netherlands, Italy, Britain and the US.

US Secretary of State Antony Blinken, due in Doha on Monday, has already expressed “profound gratitude” for Qatar’s evacuation of foreigners and Afghans vulnerable to reprisals from the Islamist hardliners.

Britain’s Foreign Secretary Dominic Raab lauded the dramatic airlift, in which Doha has served as a key transit stop, saying “the biggest operation of its kind in our living memory (was) in no small part because of the cooperation of our Qatari friends”.

While in Doha, where Britain has relocated its Kabul embassy, Raab described Qatar as “an influential player” and its ruler Sheikh Tamim bin Hamad Al-Thani as a “friend”.

The Gulf nation has been working with the Taliban to quickly reopen Kabul’s airport, closed since the departure of US troops, and it hopes to see the establishment of humanitarian aid corridors.

At the height of evacuation operations, Qatar’s ambassador to Afghanistan personally escorted Americans and vulnerable Afghans to the airport.

His efforts to accompany a number of young Afghan women, for whom access to education under the Taliban is not assured, was seen as a powerful gesture.

Qatar’s meteoric rise on the world stage is all the more striking because until January the gas-rich emirate was at loggerheads with its neighbours. Saudi Arabia, along with the UAE, Bahrain and Egypt, cut ties with Doha in 2017, accusing it of backing Islamist groups and Iran, charges which Qatar denied.

Despite its regional rehabilitation at a January summit, Qatar’s growing role has not been without challenges.

French website Intelligence Online claimed senior Qatar commanders “would have been convinced of the Pashtun insurgents’ willingness to share power” with the now-ousted government.

“Doha has watched with surprise the total disconnect between the promises of the political representatives (of the Taliban) in exile and the realities on the ground.”

David Roberts, an associate professor at King’s College London, questioned whether the Taliban negotiators in Doha “will be able to retain important places in the Taliban apparatus back home, and whether they will have control”.

“That will be the limit of the Qatari endgame,” he told AFP.

“I imagine that the phone lines between Washington, D.C. and Doha have been red-hot in the past few days. The apparatus in the State Department and the Pentagon, they know that Qatar has now had years of contacts that can be potentially used and leveraged.”

On a sceptical note, however, Michael Rubin, resident scholar at the American Enterprise Institute, accused Doha of providing the Taliban with international legitimacy as well as access to international finance.

“There is a limit to Qatar’s influence,” he said. “Attention can be addictive, and Qatar is both an addict for attention and a country in search of relevance.”