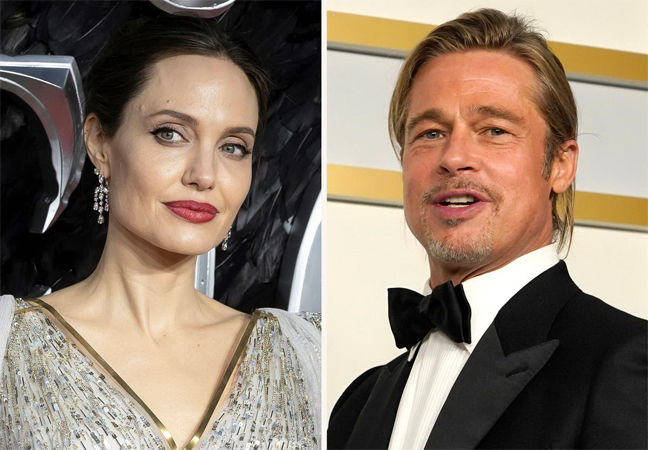 In a recent interview with The Guardian, actor Angelina Jolie revealed that she feared for her family’s safety during her marriage with Brad Pitt. Jolie is currently involved in a custody battle with the Once Upon a Time in Hollywood actor over their six children. The actor has also alleged that Pitt was abusive, submitting court documents in relation to incidents of domestic violence earlier this year.

During a promotional interview for her book Know Your Rights and Claim Them, which the actor has co-written with human rights lawyer Geraldine Van Bueren, the Eternals star explained that she wrote the book because she wanted children to understand when their rights were being violated.

Jolie shared, “I’ve met too many children who live with the effect of their rights being violated – displaced people, young rape victims. I couldn’t understand why they were still fighting for basic things that were their rights to begin with. It made me very angry. How are we going to solve anything if we’re not addressing that, right?”

The actor then went on to relate the topic to her own situation in relation to her legal battle with Pitt. “Then I had an experience in the States with my own children and I thought… well, human rights, children’s rights,” she shared. She added that this is what caused her to think about children’s rights, saying, “I remembered the rights of the child, and I took them out and looked at them and thought: well, these are for when you’re in a situation and you want to make sure there is support for the children in your life.”

The Maleficent actor continued, speaking about how in the United States, children weren’t given as much importance during legal proceedings. She elaborated, “Then I found out the US hadn’t ratified the rights of the child. One of the ways it affects children is their voice in court – a child in Europe would have a better chance of having a voice in court than a child in California. That said a lot to me about this country.”

Following the statements, Jolie explained that she could not be too direct about the situation due to the involved legalities after being questioned about what caused her to fear for her own children’s rights.

After the interviewer asked her to nod if her statements were related to her divorce from Pitt and the alleged domestic abuse, the actor responded in the affirmative. When asked if she feared for her family’s safety, Jolie responded saying, “Yes, for my family. My whole family.”

Elaborating on how it was difficult for her to take injustices in her own life seriously because they felt “smaller” in comparison to global issues, Jolie shared, “Often you cannot recognise something in a personal way, especially if your focus is on the greatest global injustices, because everything else seems smaller. It’s so hard. I’d like to be able to have this discussion and it’s so important…”

The actor concluded directly addressing her split from the Fight Club actor, “I’m not the kind of person who makes decisions like the decisions I had to make lightly. It took a lot for me to be in a position where I felt I had to separate from the father of my children.”

The former Hollywood power couple started dating after meeting on the sets of Mr and Mrs Smith back in 2004. They parted ways in 2016 after two years of marriage and were officially declared single in mid-2019. Jolie cited irreconcilable difference to be the real reason behind their separation.