Jessica Chastain says was scared in front of Tammy Faye 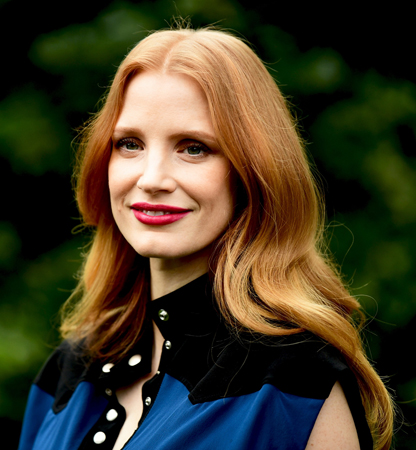 Jessica Chastain was trembling with horror before starting work on “Tammy Faye’s Eyes”. The 44-year-old actress played an important role in the next film about controversial evangelist Tammy Faye Messer and her husband Jim Bucker, and many elements of the film “scary” her. I admit that.

Jessica told DuJour: “But I thought I would jump from the depths if I threw myself off this cliff. People might really make fun of me, but Tammy Faye probably thought so every day. Anyway, she. Did it .. ”

Film producer Jessica remembered that it took more than seven hours to make up as a character, and that she spent time studying Tammy Faye.

The star of “Zero Dark Thirty” said, “I just wanted to cry. “People don’t understand that (such make-up) takes energy, but I used that time to hear her voice. I re-watched her on video. She I’ve watched all the videos I’ve done so far. ” Jessica saw the 2000 documentary of the same name and acquired the rights to the film, describing it as one of her “crazy ideas.”

She explained: “I knew Tammy from what I saw on Saturday Night Live, but I hadn’t seen her interview until I saw the documentary.

“My impression from Sketch TV was that she was always crying, a scammer, and always had mascara on her face.”

“I have these ideas that have to go against the old-fashioned way the film industry has been working,” Jessica added.