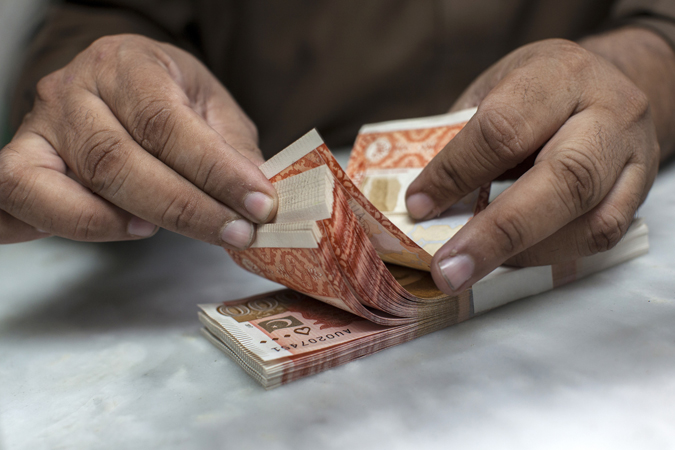 Due to a surge in demand for the US dollar to pay for imports, the Pakistani rupee has become Asia’s worst-performing currency, compared to its standing as the world’s top performer just six months ago. It hit a 13-month low of Rs166.98 against the US dollar in the interbank market. The collapse of the Pak rupee vs US dollar has caused anxiety among traders and economists because of its far-reaching consequences, including inflation.

While talking with Daily Times, Exchange Companies Association of Pakistan (ECAP) President Zafar Paracha praised the central bank’s policies, saying that all of the SBP’s initiatives are outstanding and it does not intervene in the money market. The dollar’s devaluation is just transitory. Prior to this, the dollar had risen to 169 rupees in the previous year and then fallen to 153 rupees, Zafar said.

Zafar asserts that if the rupee is not devalued as a condition of talks with the IMF, the value of the Pak rupee against the US dollar will soon stabilise. At the same time, he urged the government to support the SBP’s initiatives to strengthen our currency. Commenting on the changing situation in Afghanistan, Zafar was of the view that changes were beginning to have an influence on Pakistan’s economy as Afghanistan has always traditionally relied on Pakistan and due to the recent discontinuation of US and European support, once again, the entire burden has fallen on Pakistan. Renowned economist Qaiser Bengali pointed out that the dollar is also a commodity and hence gains value when its demand increases.

“Over the last 2-3 years, we’ve received a large number of external loans and also borrowed a significant amount from the bond market, which increased the supply of dollars. Additionally, because of the Covid-19 situation, business activity has been temporarily shut down, and as a result, the dollar exchange rate dropped to Rs.153,” said Qaiser.

The economy is going through a period of volatility because the demand for the dollar has risen, but so has the supply issue. According to Qaiser, the FATF has yet to remove Pakistan from its grey list. Of the 27 conditions, Pakistan has complied with 26 of them, but they’ve introduced six additional sub-conditions with the remaining one.

Qaiser rejected rumors of dollars’ smuggling to Afghanistan, stating that Pakistan would not have dollars if it could not handle its own finances. Qaiser stated the world’s unwillingness to conduct business with the Taliban has forced Afghanistan to rely on Pakistan for everyday imports, which will further exacerbate the demand and the value of the dollar may increase.

Journalist, economist, and financial and development consultant Ali Khizar in a tweet said, “Steps need to be taken to curb import pressure. 1, interest rate hike; 2, Higher Petroleum Levy on petroleum products to check the demand; 3, The third element is to arrest luxury imports – including cars, by imposing some form of duties on the same.”