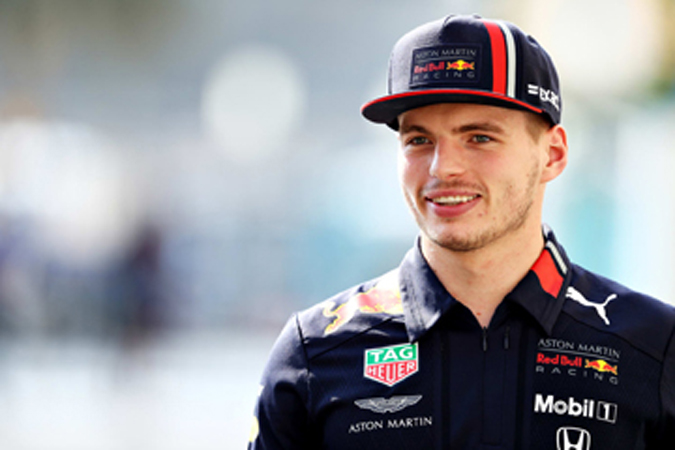 ZANDVOORT: Red Bull’s Max Verstappen edged out championship leader Lewis Hamilton to claim pole position at his home Dutch Grand Prix on Saturday, his sixth prime grid spot out of the last seven races sparking jubilation in the near capacity crowd.Roared on by a sea of orange the Belgian-born Dutch driver who trails Hamilton by three points in the title race, succeeds Nelson Piquet, who topped Saturday qualifying in 1985, the last time Formula One visited the iconic Zandvoort circuit nestling in the dunes on the coast west of Amsterdam.Verstappen was just 0.038 seconds quicker than Hamilton, whose Mercedes teammate ValtteriBottas lines up on the second row alongside Pierre Gasly’sAlphaTauri.

The two Ferraris of Charles Leclerc and Carlos Sainz, who had both been so impressive in practice on Friday, hold down the third row.Verstappen, who earlier in the day escaped a grid penalty over an on-track incident on Friday, clocked a quickest lap of 1:08.885.One black cloud on an otherwise sunny day for Red Bull was the premature exit after Q1 of Sergio Perez in their second car, making the task of holding off the Mercedes a little trickier.Despite enthusiastic booing from the partisan crowd Hamilton paid generous tribute to Verstappen’s loyal followers.The seven-time champion who is going for another crack at his 100th career win added: “We haven’t seen a crowd like this in a while. It is great to see so many people here and I hope we can put on a great race. It is a very tough circuit, which is what makes it so fantastic to drive.”

Raikkonen out with Covid: After last week’s rain-ruined farce of a non-race in Belgium with Verstappen awarded half points after a couple of laps behind a safety car, F1 organisers could not have dreamed of a better pick-me-up than this weekend on the North Sea coast.Sunday’s grid will be missing KimiRaikkonen after Alfa Romeo’s retiring Finn tested positive for Covid-19.The 2007 world champion, 41, was replaced in Zandvoort by Alfa Romeo’s reserve driver Robert Kubica.Polish driver Kubica, 36, won the Canadian Grand Prix in 2008 but his career was severely hampered following a crash during the Andorra Rally in 2011 in which his right forearm was partially severed.With Raikkonen needing a negative test before being allowed to return to the paddock, his participation in next weekend’s Italian Grand Prix at Monza is also in doubt.Williams team manager JostCapito will not return to the paddock this weekend, however, after having dinner with Raikkonen on Friday evening.Out on the track Williams’ George Russell couldn’t match his sensational front row qualifying time last weekend as he crashed in Q2 and will start the 13th leg of the season in 11th place.