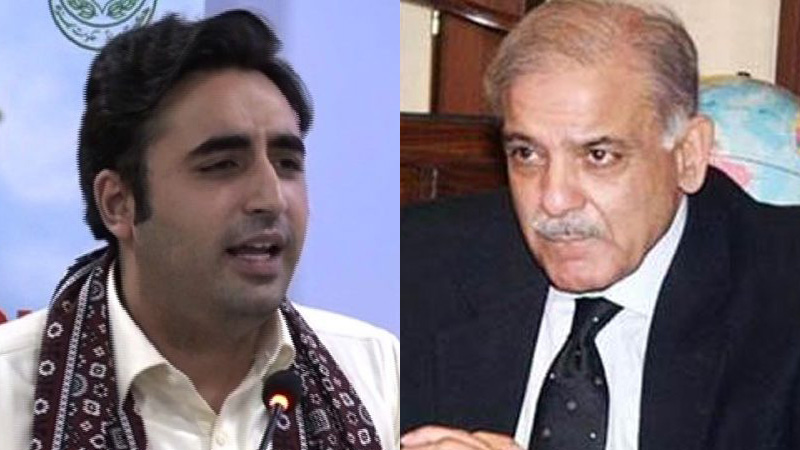 On Saturday in a telephonic conversation, leader of the opposition PMLN President Shahbaz Sharif and Pakistan People’s Party chairman Bilawal Bhutto Zardari discussed the appointment of members of the Election Commission of Pakistan, and the overall political situation in the country.

Shahbaz Sharif had reservations over Prime Minister Imran Khan’s manner of holding consultations with the opposition over the appointment of two members of the ECP. According to the sources, opposition parties discussed the potential members of the ECP from Punjab and Khyber Pakhtunkhwa.

Both parties were with the view that the prime minister had not held meaningful consultations with them, the opposition stated that the government is influencing the procedure. Sources further told that the opposition also wanted to suggest its own names to PM Khan.

She said that both brothers namely Imran and Usman leveled baseless allegations against Shehbaz, got him arrested twice, and ordered inquiries against him which are over now without proving anything against him.  She further added, “Extreme dislike for Shehbaz has made the prime minister mad.” She said when NAB fails to prove anything against the former Punjab CM, PM Imran gets the idea of using FIA for the purpose.

Maryam said that Shehbaz Sharif during his tenure launched development projects worth billions of rupees, and when held to account, he was able to satisfy the authorities about the use of each and every penny, and what PM Imran and CM Buzdar have done for the people of the province? except inflation and price hike, she maintained.