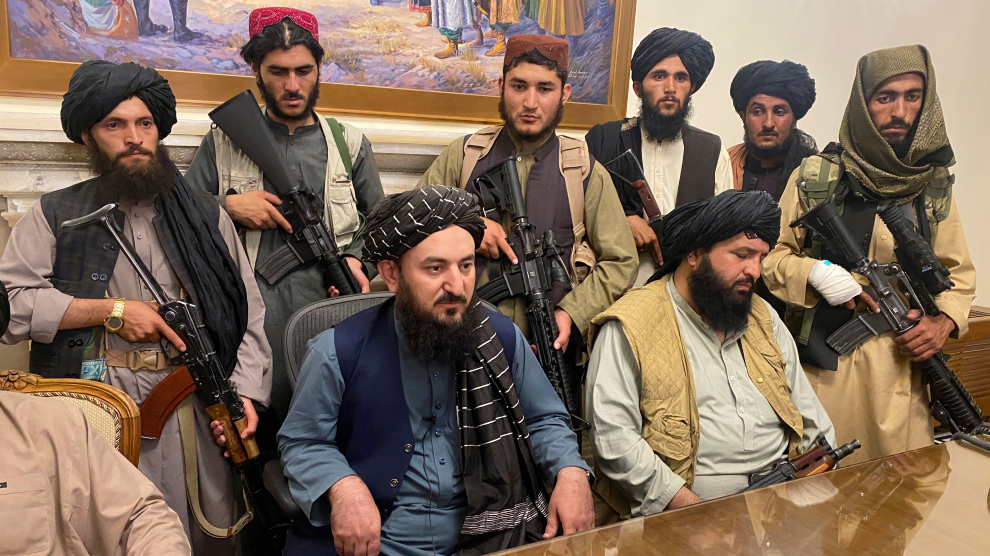 On Friday, the Taliban finally usurped the Panjshir valley, taking control of the whole of Afghanistan by defeating their rival group in the north of Kabul, the last province that leftover to get hold of after seizing of power. However, the opposition has denied any such defeat.

“News of Panjshir conquests is circulating on media. This is a lie,” said Ahmad Massoud, who is leading the forces.

On the other hand, with the fall of Panjshir Valley, the gunfire resounded all over Kabul. Taliban in their first government between 1996-2001 failed to control the whole of Afghanistan. Celebrating their victory, one Taliban commander said, “By the grace of Allah Almighty, we are in control of entire Afghanistan. The troublemakers have been defeated and Panjshir is now under our command.”

Amrullah Saleh, former Vice President and one of the leaders of the opposition forces, said his side had not surrendered.

“There is no doubt we are in a difficult situation. We are under invasion by the Taliban,” he said on a video clip posted to Twitter by a BBC World journalist. “We have held the ground, we have resisted.”

Meanwhile, US-trained Afghan pilots who flew 46 military planes out of the country before the Taliban seized Kabul on 15th Aug asked when they would be allowed to leave the Uzbekistan camp and where they were being held.

“We are kind of like in jail,” one pilot told Reuters.

As it was decided by the Taliban that Abdul Ghani Baradar would lead the new government, his first and foremost priority may be to save the war-torn country in the wake of economic crisis as it already contending with drought and the wrecking of a 20-year conflict killing around 240,000 Afghans before US forces completed an abrupt pullout on Aug, 30.

More importantly, without the aid that has maintained the country for years, the Taliban will find it difficult to stave off economic collapse. Although Western powers have assured to send the humanitarian aid to Taliban-led-Afghanistan, the comprehensive economic assistance will depend on action to protect human rights as promised by the Taliban.

Another major problem that Baradar is going to face is the threats from rival groups, including a local offshoot of Daesh. But Baradar is not alone. He would be joined by Mullah Mohammad Yaqoob, the son of late Taliban co-founder Mullah Omar, and Sher Mohammad Abbas Stanikzai in senior positions, three sources said.

“All the top leaders have arrived in Kabul, where preparations are in final stages to announce the new government,” a Taliban official said, speaking on condition of anonymity.

While Taliban officials want an inclusive government, a source close to the movement said the interim government would consist solely of Taliban members. It would comprise 25 ministries, with a consultative council, or shura, of 12 Muslim scholars, the source added.

They have also planned to form a local Jirga within six to eight months, bringing together representatives from across Afghan society to discuss a constitution and the structure of the future government, the source said.

On Friday, women protested near the presidential palace, asking the Taliban to honour the rights of women and their role in education and the workforce over the past two decades.

“Our demonstrations are because without the presence of women, no society will prosper,” said one protester, Fatema Etemadi.

On the other hand, Afghanistan’s 250 female judges are scared of men they jailed who have now been freed by the Taliban.

“Four or five Taliban members came and asked people in my house: ‘Where is this woman judge?’ These were people who I had put in jail,” a judge who had escaped to Europe said from an undisclosed location, asking not to be identified.