Amitabh Bachchan finds himself in hotseat, gets quizzed by Sourav Ganguly! 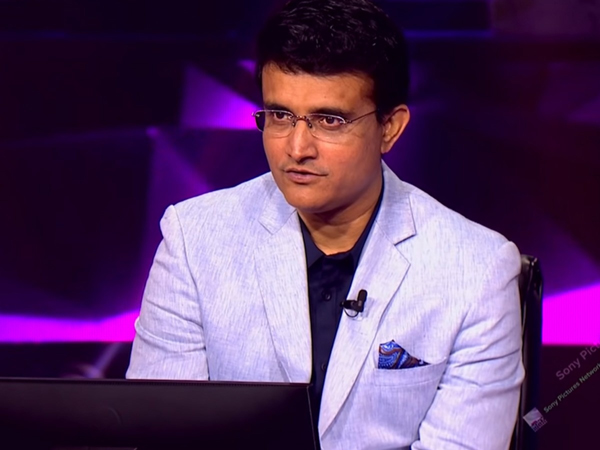 In the latest promo of Kaun Banega Crorepati 13, Amitabh Bachchan, the host of the show, was seen on the hotseat being quizzed by former cricketer Sourav Ganguly with another iconic cricketer Virender Sehwag as his lifeline.

It was truly an amusing sight to watch Big B fill in the hot seat and Bachchan even joked that now he understands how it feels like to be quizzed on the show.

In the promo video, Sourav explains to Bachchan that Virender will be his lifeline for the round after which Big B breathed a sigh of relief. However, the cricketer poked fun at Sehwag and told Amitabh ‘you can’t trust him’, which made Virender burst out in laughter.

Fans flooded the comment section with laughing emojis, hearts and seemed excited to watch the biggest ‘adla-badli’ on the show.

Former Indian cricketers Sourav Ganguly and Virender Sehwag will be the first celebrity guests on the 13th season of the show.

KBC is a game show based on the British TV programme titled ‘Who Wants to Be a Millionaire?’. Big B has been associated with it for 11 seasons, and Shah Rukh Khan hosted season 3 of KBC.

KBC was first telecast in India back in 2000, therefore this year it completes two decades of its successful innings on television.

The show airs from Monday-Friday at 9pm.