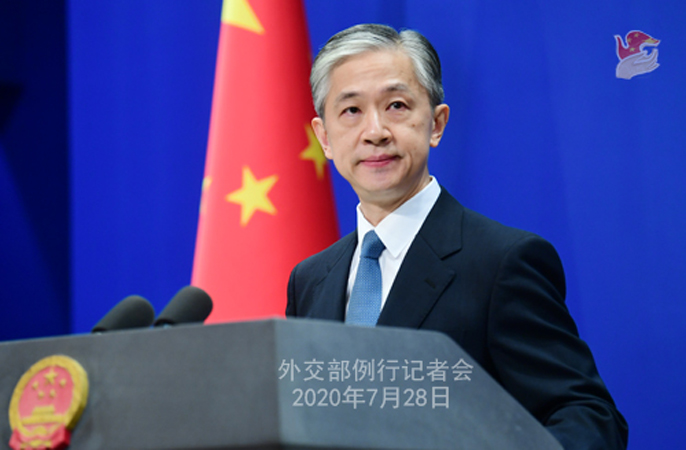 A Chinese Foreign Ministry Spokesperson Wang Wenbin said on Friday that the new Afghan government was yet to be established, and Beijing was closely monitoring the situation.

“The Chinese embassy in Afghanistan is an important channel for China-Afghanistan exchanges and is currently operating normally,” he said during his regular briefing held here.

He said that China sincerely hoped that all parties in Afghanistan would conform to the aspirations of their own people and the expectations of the international community, build an open and inclusive political structure, pursue moderate and prudent domestic and foreign policies, completely break away with all kinds of terrorist organizations, and maintain friendly relations with other countries, especially neighboring countries.

In response to whether China will accept Afghan refugees, the spokesperson said that the priority was to achieve a soft landing in Afghanistan in a post-US context so that there would be no new civil war or humanitarian disaster in the country, and unnecessary casualties and mass refugees would be avoided to the maximum extent.

Wang pointed out that certain countries should take responsibility for what they have done in the past 20 years, and they cannot leave Afghanistan after creating a huge disaster and pass the responsibility on to Afghanistan’s neighbors and the international community.

It may be mentioned here that Wang’s remarks were made after Taliban spokesman Suhail Shaheen posted tweets following a phone conversation between Chinese and Taliban officials.

The Taliban spokesman tweeted that both sides discussed the ongoing situation of Afghanistan and future relations, and that Chinese assistant foreign minister said China would maintain their embassy in Kabul and relations would beef up as compared to the past. Chinese Assistant Foreign Minister Wu Jianghao had a phone call with Abdul Salam Hanafi, deputy head of the Taliban’s political office on Thursday.