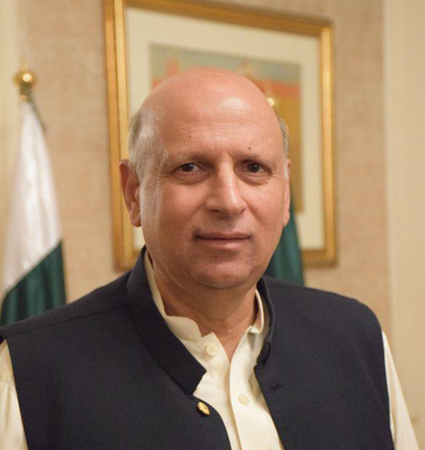 The MoU was signed between Chairperson of Sarwar Foundation, Begum Parveen Sarwar and Dr Gul Sabeen Khan from Balochistan. Punjab Governor Chaudhry Mohammad Sarwar has said that providing basic amenities including health and education to the people of Balochistan is the top priority of the government under the leadership of Prime Minister Imran Khan. He said that the whole nation salutes the people of Balochistan for fighting against terrorism and their contribution in the progress and stability of the country.

According to the details, during his visit to Quetta on Friday, Governor Punjab Chaudhry Mohammad Sarwar met Governor Balochistan Syed Zahoor Agha and Deputy Speaker National Assembly Qasim Soori at Governor House Quetta to discuss health and other issues including provision of clean drinking water for the people of Balochistan. Talks were held while Begum Perveen Sarwar, wife of Governor Punjab, Dr. Amjad Saqib, Chairman of Akhuwat, Rana Taqasar, Chairman Narcotics Control Committee Rana Taqasur and others were also present on the occasion.