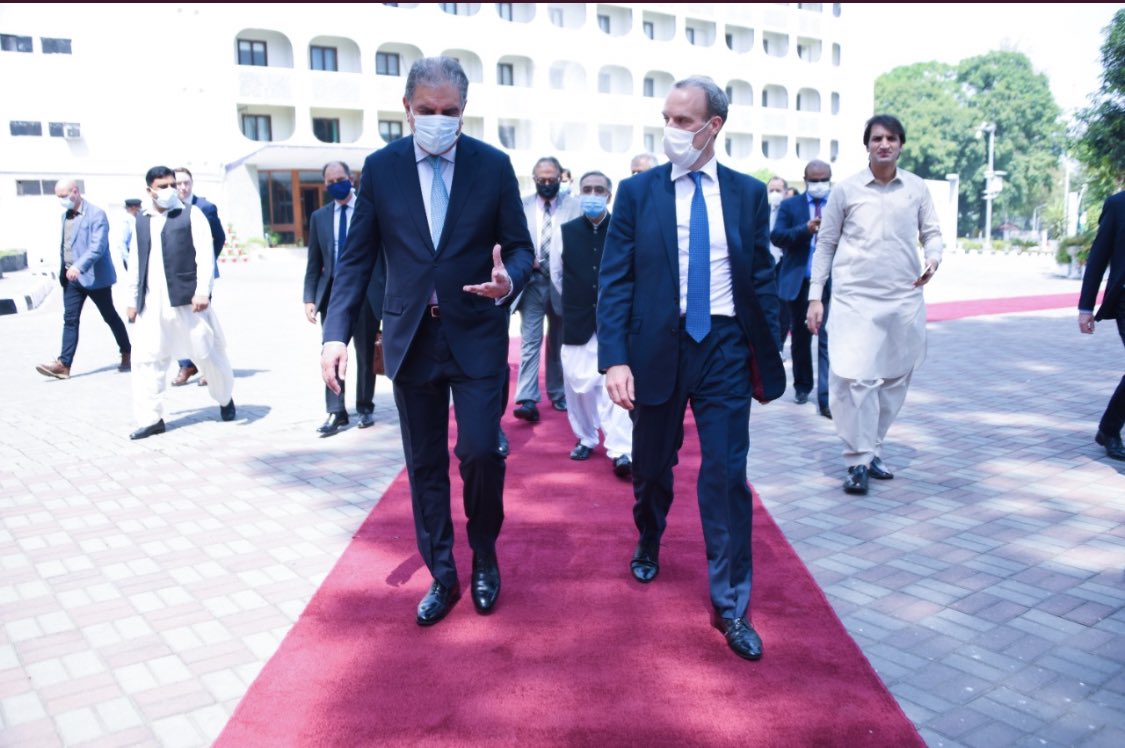 ISLAMABAD: The Foreign Minister Shah Mahmood Qureshi while directing his English Counterpart in Islamabad on Friday said that, all the hypotheses in the backdrop of the Afghan situation have proved wrong and we wish for the peace to persist now.

Shah Mahmood Qureshi held a joint press conference with the United Kingdom Secretary of State Dominic Raab and observed that their negotiations have been constructive with a resolve to facilitate the bilateral ties between the two countries. Dominic Raab approved £30 million funds for aid to Afghanistan’s neighbouring countries on humanitarian grounds furthermore, we will continue to send aid for them.

The two foreign ministers noted that they shared similar sentiments for the rebuilding of Afghan people and their infrastructure revival. For the contribution of Pakistan in helping airlift Britishers from Afghanistan after August 15, UK’s state secretary for foreign affairs appreciated Pakistan’s role in that tough situation. Shah Mahmood Qureshi said that leaving Afghanistan means risking a civil war and related crises. Both the leaders talked about how to move forward with Afghanistan diplomacy.

“Pakistan and the United Kingdom have been closely engaged on the latest developments in Afghanistan,” the foreign ministry said in its press release ahead of the meeting today. The foreign affairs department said that Prime Minister Imran Khan had an overall exchange of views with Prime Minister Boris Johnson telephonically on 18 August 2021.

The leaders also discussed the emerging situation in Afghanistan twice on 16 and 27 August 2021, he repeated in the joint press today. “The visit will reinforce the current momentum in high-level exchanges between the two countries and help strengthen bilateral cooperation on a range of issues.” Dominic Raab is likely to visit the Pakistan-Afghanistan Torkham border. British high-level officials will also go along with the UK foreign secretary during the Torkham border visit.