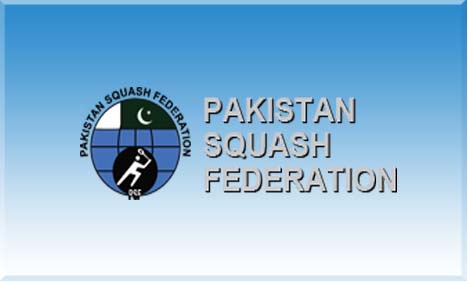 ISLAMABAD: The Chief of the Air Staff Air Chief Marshal Zaheer Ahmed Baber has been elected as the President of the Pakistan Squash Federation (PSF).

The 48th Annual General Meeting of Pakistan Squash Federation (PSF) was held here at Air Headquarters in which the election for President PSF was also conducted, said a press release issued here.

The General Council elected Chief of the Air Staff Air Chief Marshal Zaheer Ahmed Baber as President PSF who later on, presided over the meeting.

Besides squash legends, representatives from provincial squash associations, affiliated members, and Pakistan Sports Board were also present during the meeting.

Addressing the general council members, President PSF thanked them for their participation and offered whole-hearted support of the Pakistan Air Force (PAF) as well as PSF for the promotion of squash.

While showing his satisfaction over the revival of international squash in Pakistan, he emphasized that there was still a need for collective efforts by the provincial squash associations and affiliated departments like the Pakistan Army, Navy, Wapda, SNGPL, PIA, etc to jointly work together and support the national cause of glorifying Pakistan squash at highest levels.

He urged the players to focus on the game and further improve on the physical and mental strength. Besides assuring support by PAF, the President PSF asked all member associations to generate further resources to meet the challenging tasks through an improved system.

He also directed the member associations to promote squash and increase the pool of players to thousands and also ensure age verification at association level.

He also stressed upon the implementation of a comprehensive training strategy to further groom the skills of our players. He emphasized on the role of associations and departments in generating adequate funds from Provincial Government and corporate sector to sponsor their players and events at national and international levels.

He also directed all associations and affiliated departments to conduct maximum number of tournaments events every year.

The President PSF presented trophy to the representative of provincial association and appreciated them for making their efforts despite the COVID-19 pandemic situation.

While he emphasized that PSF would continue to sponsor best men and women players in international events. He also directed the associations to generate adequate funds and sponsor all their respective players for national and international events to afford them adequate exposure.

He directed the associations to conduct open trials of all age categories and conduct league matches to generate healthy competition among players.

He urged the players to ensure their fitness and prove their worth in squash court by winning in every tournament at every level to glorify Pakistan in the game of Squash.

The meeting concluded with the hope that Federal and provincial Governments would provide adequate financial and administrative support to revive Pakistan’s ascendancy in the international arena of squash.