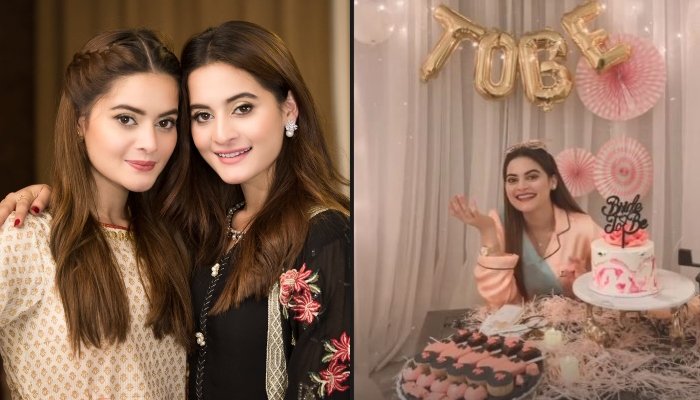 The famous Pakistani Actress Aiman khan’s sister Minal khan will soon be married with Ahsan Mohsin Ikram. After their formal engagement in June and baat pakki in May, the couple is finally tying the knot. Bride to be Minal Khan spotted at her bridal shower party that was arranged by her friends. She posted her bridal shower pictures on Instagram today and wrote alongside the photos “All thanks to my girls”.

Saboor Aly, Kinza Hashmi, Aiman Khan and other close friends were seen in pictures. On Instagram the couple announced the date of their wedding September 10. Their fans are excitedly waiting for their big day pictures and giving them lots of well wishes for the new beginning of their life. 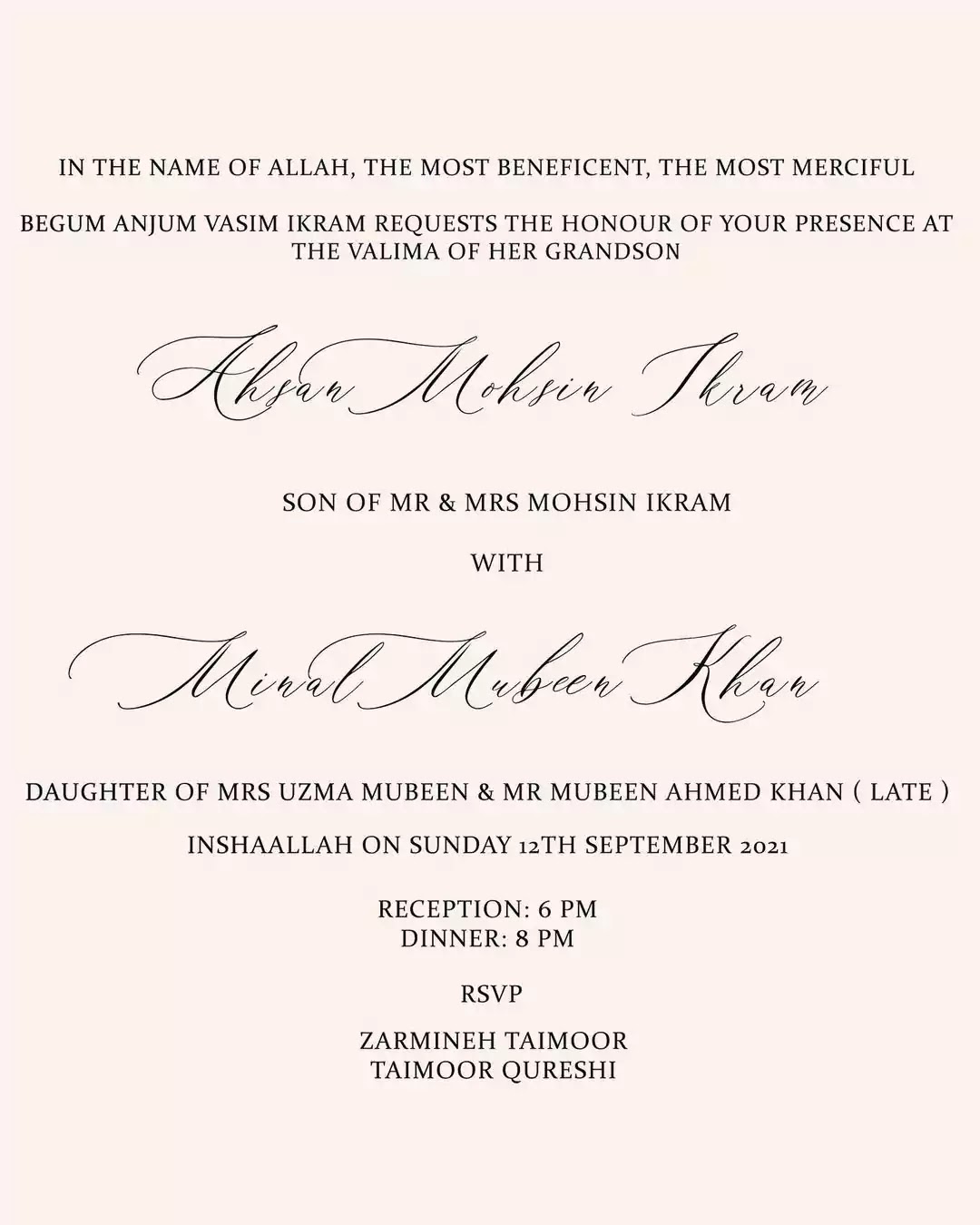 After uploading the nikah invitation, Ahsan Mohsin Ikram shared the reception invitation for his friends and family on September 12 after two days of the nikah. “Save the date – 12/09/21,” Ahsan wrote alongside a photo of his invite posted on his Instagram Thursday.