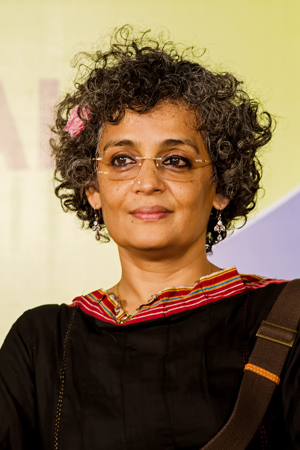 Since the introduction of postcolonial theory in 1970s and the concept of orientalism, impinged upon binary oppositions, multiple allegorical writings have appeared to voice the weak and the powerful in multiple ways.

But the best has been contributed by Roy in her award-winning novel The God of Small Things creating an analogy of the big things and small thing to make the readers understand the voice of subalterns of the society and their perturbed life because of their silence.

The big things here are all the oppressors, manipulators, and social brahmans and small things are the marginalized and oppressed and voiceless subalterns. In case of Indian traditional set up, the untouchables are the small things which in the novel have been termed as Paravans. But the terms paravan and brahman are labels to represent all the oppressors and the oppressed of the world which are known in almost every nation under different labels. When seen in this context, these labels and Roy’s narratives become universal. In fact, all the marginalized and the oppressed subaltern are the people who are kept voiceless and are made to believe constantly that they don’t have a voice.

In The God of Small Things, Valutha, is from the untouchables but is very dexterous, expert and capable in the arts of the world but is not allowed to enter the houses of the rich Pappachi and Mammachi, though he works and runs their Pickles factory. He grows up with the children of this family including Ammu, Chako, Baby Kochama and proved very useful for everyone. He realizes his social status very well but he is often willing to question this status. He learns the art of wood engineering and becomes much expert in it. However, when Ammu gets back after her divorce she comes with her two kids, Rahil and Estha who become friends with Valutha and so, spend a lot of time with him. He becomes source of attraction for Ammu as well. Even after warnings of his father, he dares challenge the social boundaries and so meets his fate. As a result, he is beaten blue and black by the police for a crime not committed by him and ultimately dies. He becomes god of small things because he is one who has challenged the power authority and boundaries of the social system. 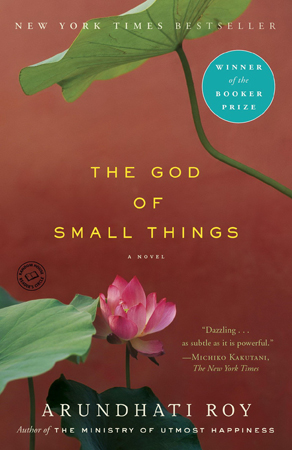 The same is the case with Ammu, who too challenges the love laws made by the society and ignores the oppressive power. She indulges in love with Valutha and therefore becomes the voice of all the oppressed women in the Indian society. Though she is named and labelled as Vehshya by the powerful police people. she dies all alone miserably in the same way as she had lived. Ammu is doubly marginalized person because on the one hand she is a woman and, on the other hand, she is divorced not because of her fault but because of the greed of the husband and so she is unacceptable to the society. As a married woman she is not expected to live in her father’s home but where she could go. She faces double humiliation and then her involvement with a paravan, makes her further unacceptable because she has challenged the love laws. Ammu is a marginalized voice because she is not from the main stream religion in India. The condition of other women in the novel is also that of the marginalized postcolonial subject, for example, look at Mammachi, Baby Kochama, Margaret, and Rahil. Mammachi, bears the abusive husband and his atrocities on her all her life and even after the death of her husband, she bears the burden of her family and their family trade and business. Baby Kochama is love-lorn woman who despite her efforts remains unable to find love. After her failed attempt of love with father Mulligan, she has reduced herself to the chronic spinster. Same is the case with Rahel that her marriage fails because of number of social issues.

Not only this, but also, at certain point, Estha, Ammu’son, becomes his own god of small things when he becomes a silent child for all his life and begins long silent walks. His voice disappears after he is molested at the hands of lemon-drink-orange-drink-man at Abhilash talkies. Estha’s voicelessness makes him a subaltern who finds it impossible to return to normal stream of life and just moves about in his long walks and meets Comrade Pillai and his communist party and attempts to recover his self by joining this party. Although the same party attempts to restore the life of the marginalized subalterns but the strength of system does not let it happen.

The God of Small Things is a complex tale of the marginalized and oppressed men and women who in their desperation attempt to break the cycle of social boundaries and, while doing so, become models of resistance and, so, earn the titles of gods of small things. They are visible bifurcations of the social system as Roy herself says, “big man the laltain, small man the mom bati.”