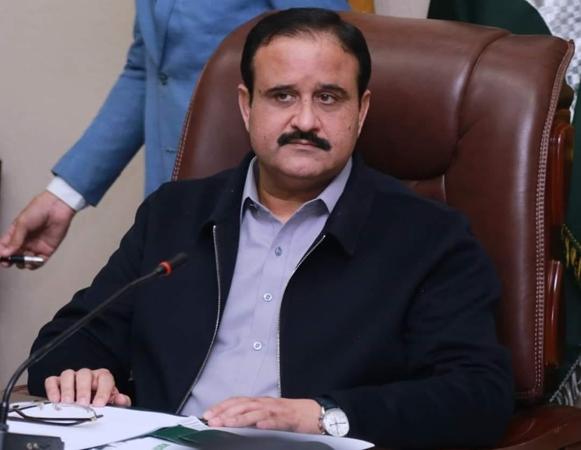 Chief Minister Punjab Sardar Usman Buzdar has said the opposition is panicking over the best economic performance of the government.

In a statement, the CM said the opposition’s brouhaha is like the pot calling the kettle black. Those who have played havoc with the economy are hiding their faces over the best performance of the PTI-led government as it has worked day and night to improve the sagging economy, he said. The PTI inherited a devastated economy and the opposition’s wailing is sheer hypocrisy, he continued. The people have realised in three years that the opposition is devoid of vision as it undermined the national interests to safeguard personal stakes.

The CM said the opposition’s negative role will not be remembered in good words; he added and regretted that the opposition parties have no policy nor have they done anything for the people. They have faced defeat on every occasion; he said and regretted that politics was used for increasing bank balances in the past while the real objective of politics is to serve the masses, concluded the CM.

Promotion of technology is imperative for the economic sustainability of the coming generations; he said and assured to provide every possible facility to the foreign investors in special technology zone. Agri tech software and related soft products will be produced in this technology zone, he added. Special technology zones will also be established in Bahawalpur, Rahim Yar Khan, Multan, DG Khan and other cities in stages and the government will ensure facilities for technology-based financing, concluded the CM.

Chief Minister Punjab Sardar Usman Buzdar has expressed a deep sense of sorrow over the death of veteran politician Sardar Ataullah Mengal. In his condolence message, the CM extended sympathies to son Sardar Akhtar Mengal and other members of the bereaved members family and prayed that may Allah Almighty rest the departed soul in eternal peace. Late Sardar Ata Ullah Mengal was a statesman who enjoyed a unique political stature in the country, the CM added.

Chief Minister Punjab Sardar Usman Buzdar has expressed a deep sense of sorrow over the death of famed Kashmiri leader Syed Ali Gillani and paid rich tributes to his continued struggle for freedom of oppressed Kashmiris from Indian subjugation.

In fact, Syed Ali Gillani gave new strength to the freedom movement and spent all his life for the enslaved Kashmiris. It goes without saying that brave leaders like him are born after centuries; he said and appended that Syed Ali Gillani had great affection for Pakistan and his exceptional role will always be remembered in history.