CCA U19 sides for 50-over tournament named 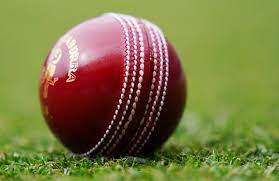 The tournament in the jurisdictions of Central Punjab, Northern, Sindh, and Southern Punjab will begin on 5 September, while the event in Khyber Pakhtunkhwa will get underway from 7 September. As regards the Balochistan event, the age verification process of the players is ongoing and the squads along with the event schedule will be announced following the completion of the age verification process.

The 50-over tournament has been designed to provide budding youngsters with an opportunity to not only impress the selectors for next year’s ICC U19 Cricket World Cup West Indies 2022, but also earn their nod for the PCB U19 three-day and one-day Championships 2021-22. The two domestic events will be played from 3 October to 12 November.

The sides have been selected through a robust and merit-based open trials system, which were conducted by the national junior selection committee, national selectors, and second XI head coaches. All the trials were filmed by the team analysts and took place in the presence of independent Cricket Association observers.

As per the ICC’s eligibility criteria for the ICC U19 Cricket World Cup West Indies 2022, players born on or after 1 September 2002 will be eligible to get selected.

The U19 50-over tournament is a continuation of the CCA two-day tournament, which was held across the country with an aim to provide talented youngsters with a chance to shine in the pre-season tournaments. These events were organised by the PCB, taking into consideration that limited cricket activity at grassroots and CCA-level were held due to the Covid-19 pandemic.

Like the CCA two-day tournament, the U19 50-over competition matches will be covered digitally.