Action must be taken against fake milk sellers in Karachi, SHC orders 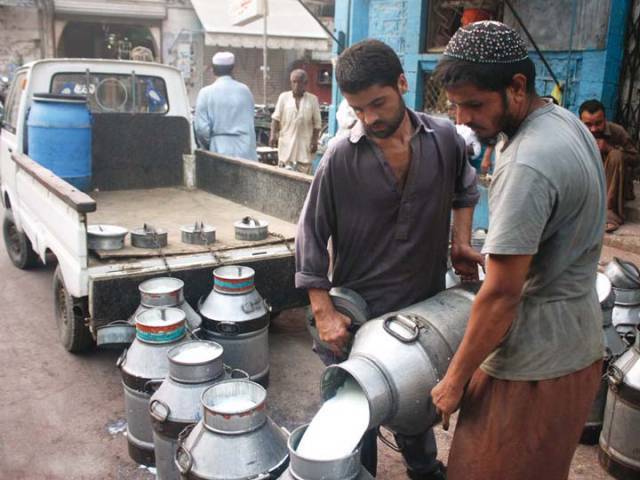 KARACHI: The Sindh High Court (SHC) on Thursday ordered the Commissioner Karachi To take action against the fake milk distributors in the city. A bench of the high court while hearing an appeal about the rise in milk price also directed the commissioner to submit a progress report within two weeks.

Justice Iqbal Kalhoro showed dissatisfaction over the district’s local administration, and remarked, what they are doing to stop the sale of chemical based milk in the cities.“You are getting a salary from the taxes being paid by the people, but doing nothing in return,” the justice said to the representative of the commissioner.

While being questioned about the price of the milk in the city, the commissioner’s representative admitted that the fixed price of milk  is Rs110/kg and it is selling at a price of Rs160 per kg in the city. The Sindh High Court in the last hearing of the case, had directed Commissioner Karachi to control the milk price within 30 days.

The Sindh High Court said that in spite of paying high prices for pure milk, the people across Sindh including Karachi are forced to buy fake milk. The SHC while ordering commissioner Karachi to launch a abolition against the dairy farmers selling counterfeit milk and ordered him to submit a report within 14 days.The hearing was postponed until September 21.