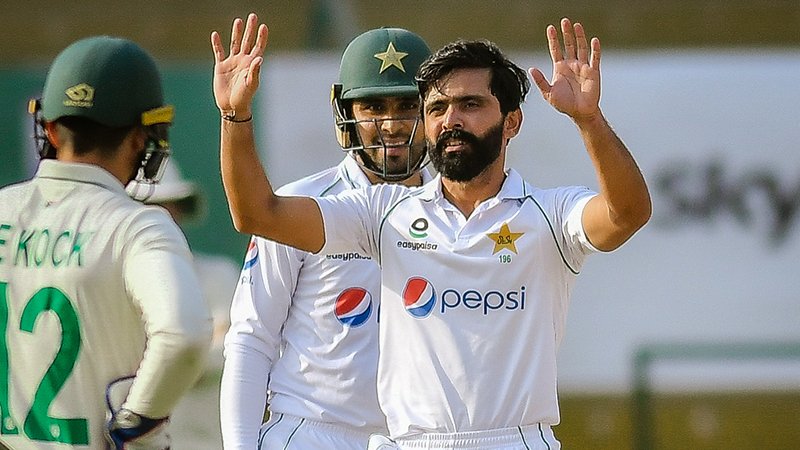 ISLAMABAD, Sep 02: Pakistani test cricketer Fawad Alam believed skipper Babar Azam was world no 1 batsman saying he has learned a lot from him. The duo shared a 158-run partnership for the fourth wicket, after losing three wickets for just two runs on the board, in the first innings of the recently concluded second Test against West Indies, which was instrumental in leading Pakistan to a series-levelling victory.

“Babar is our world number one batsman. We all know his class in all three formats. The partnership between me and Babar changed the match and the team really needed it at that time. It brought us back into the match and then we went on to win the Test. I don’t think there was a big partnership throughout the two Tests,” cricketpakistan.com.pk quoted him as saying.

“When you are batting with the number one batsman in the world, you get to learn a lot. We knew that if we kept standing in the middle we will get runs and that there will be a time when run-scoring will become easy. But you have to fight it out to get to that stage.

Me and Babar were talking about staying at the crease and capitalizing when the time was right,” he said. He also shed light on his stellar recent batting form that has seen him score five centuries in five different countries.

That is why you don’t panic if you have that experience. A player needs to handle any situation whether early wickets have fallen or not. A player has to avail these chances to prove that they are getting better. I try to fight it out and deliver regardless of the situation or the conditions,” Alam said.

Scoring five centuries in five different countries is a thing of honour for me. As a player you want to perform to the best of your abilities for your country. I will try to deliver and perform wherever I can for my country in the future as well,” he added.

The 35-year-old emphasised that his job was to play cricket and perform for his team. “My job is to play cricket. If I start enjoying things that other people say or do, then my cricket will stop there. I am just thankful to Allah and nothing else.

Everything is according to the will of Allah, and we have no power over anything. I just try to follow a straight path. Things happen in everyone’s career. Everyone has ups and downs. If you keep on the right path, then good things happen. If people are praising me then it is an honor for me,” Alam said.

“Maybe if I was in the national side in the past, I might not have achieved everything I eventually did. Whatever Allah does for someone is good. We also pray to Allah to give us thing that are good for us and I think this was really good for me,” he said.