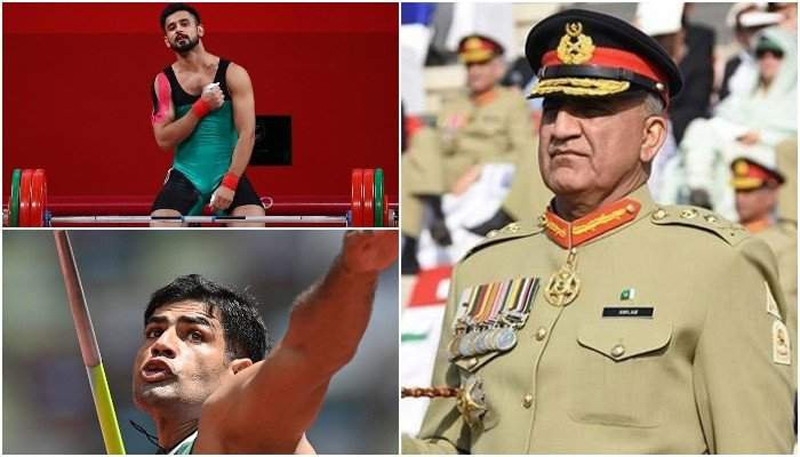 ISLAMABAD: Chief of Army Staff General QamarJavedBajwa on Wednesday met with National sportsmen who represented Pakistan at the Tokyo Olympics 2020, a press release by the Inter-Services Public Relations (ISPR) stated. In the meeting, the COAS met with national Olympians Arshad Nadeem – who represented Pakistan injavelin throw – weightlifter TalhaTalib, and Khalil Akthar and Gulfam Joseph who represented Pakistan in shooting competitions.All national athletes thanked the COAS for his interaction with them and recognition of their efforts, the ISPR statement added. General Bajwa further appreciated the Olympians for their efforts. He said that the athlete’s participation in the Olympics had inspired the whole nation, particularly the youth. “Army has always supported sports,” General Bajwa said, adding that the players have brought honour for themselves by representing Pakistan at such a level. The Army Chief emphasised that the nation was also proud of the athletes and their participation had brought pride to Pakistan. The COAS assured the players of the Pakistan Army’s support in their future endeavours.