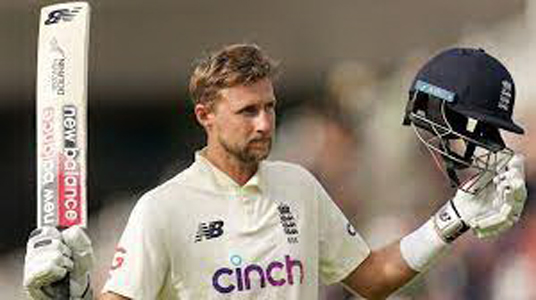 LONDON: England captain Joe Root’s stunning 2021 form has seen the Yorkshireman rise to number one Test batsman in the International Cricket Council rankings for the first time in six years.Root previously held the number one spot back in 2015 but had drifted to ninth at the start of the year.Since then he has been in masterful form, scoring 1,398 runs in 11 matches at a lofty average of 69.90.There have been six centuries since the turn of the year, including three in as many matches in the ongoing series against India.The 30-year-old has hit scores of 109, 180 not out and 121 in the past month, during which he has soared past opposite number ViratKohli, Australia duo MarnusLabuschagne and Steve Smith and New Zealand captain Kane Williamson.”I’m obviously proud to hear I’ve achieved that, it would be nice to be able to stay there now,” said Root ahead of the fourth Test with India, which starts on Thursday with the series tied at 1-1.”Hopefully the form of my life is still to come, but I certainly feel very good at the moment and need to stay focused.”