Kiara Advani has not gone topless for my calendar: Dabboo Ratnani 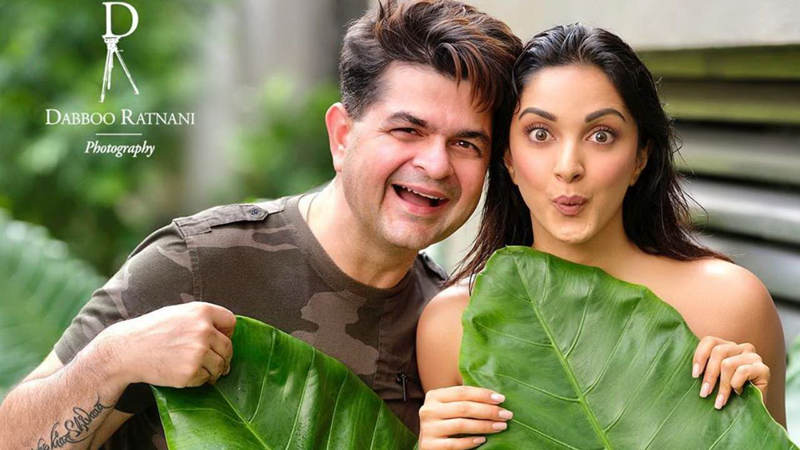 Celebrity photographer Dabboo Ratnani is finally opening up about the Kiara Advani photoshoot for his 2021 calendar.

The picture had led many people to believe the Shershaah actor had gone topless for the same. However, in a recent interview with Entertainment Times, Ratnani said that was not the case at all.

“Yes, I have read what’s being said online. But Kiara has not gone topless in my black-and-white picture that has emerged of late. I tend to shoot in a particular way that leaves a lot to the imagination. I think too-much-sexy in your face gets vulgar. It is better to leave a certain intrigue,” Ratnani stated.

Sometime back, another click featuring Kiara Advani for the Ratnani calendar had grabbed eyeballs, in which Kiara could be seen peeking from behind a leaf. International photographer Marie Bärsch had alleged that the concept for Kiara’s photo was plagiarised from a shoot she had done.

In fact, at the time Barsch went on to post her photograph from the said shoot to show the similarity between her work and Dabboo Ratnani’s click. “I just leave that here,” she had posted at the time. However, Ratnani had refuted the claims of plagiarism and said that he had done the same kind of shoot with Tabu back in 2002.

“Guess if I can reuse my camera, I can definitely repeat my own concept and if at all that doesn’t go well with trolls, then I admit to plagiarising MY OWN SELF. #loveandpeace. Huge Thanks to my friends who trust me 100! That’s all that matters,” was Ratnani’s response.

On the work front, Kiara Advani was last seen in the war drama Shershaah, along with Sidharth Malhotra.