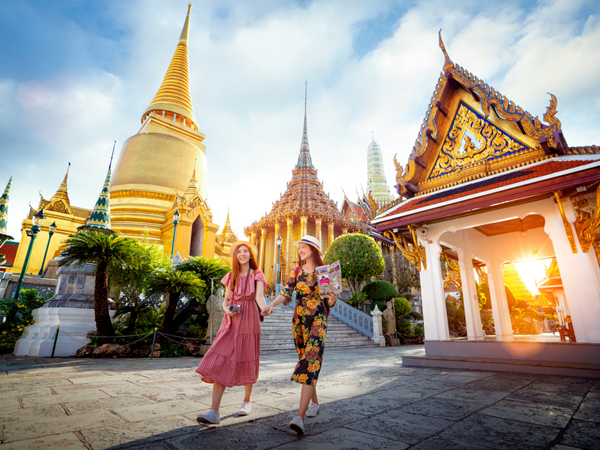 Shopping malls, restaurants, parks and schools reopened in Thailand’s capital on Wednesday after the government eased restrictions intended to slow the spread of the coronavirus.

A surge that began in April sent new cases and deaths soaring, and department stores, restaurants, parks and other gathering places in Bangkok were ordered to close in July.

But a decline in new cases in recent weeks led authorities to ease many of the restrictions imposed in the capital and in other badly affected areas to reduce the impact on businesses.

At Bangkok’s upmarket Iconsiam mall, customers were greeted by staff and given hand sanitizing gel. Shoppers are instructed to register via an app, while staff must take rapid COVID-19 tests on a regular basis.

“I can’t believe that we can return to some normalcy,” said 69-year-old shopper Pornthip Thiensanthiranon. “I didn’t think this is possible because we have been living with COVID for so long and staying at home and not going anywhere. It’s relaxing to come back here,” Pairoj Fuangbangruang, a food seller at Iconsiam, said he is “so happy that I can come back to work.”

“Finally, I can earn a living,” he said.

The government has come under intense criticism for its failure to secure timely and adequate supplies of vaccines, leaving the country vulnerable to further infections. Prime Minister Prayuth Chan-ocha and several Cabinet members are the target this week of a no-confidence debate in Parliament over the issue.

The government has been scrambling recently to obtain and administer vaccines. It says as of Tuesday, 90.4 percent of Bangkok’s 7.69 million people have received at least one dose of vaccine and 22.4 percent are fully vaccinated.

About 32.6 million doses have been administered nationwide, with around 23.8 million people, or 34.5 percent of Thailand’s 69 million population, receiving at least one dose and 8.21 million people, or 11.9 percent, fully vaccinated. Health authorities announced 14,802 new cases on Wednesday, bringing the confirmed total to 1,219,531 since the pandemic began last year. There were 252 new deaths for a total of 11,841.