Reconciliation with govt out of question 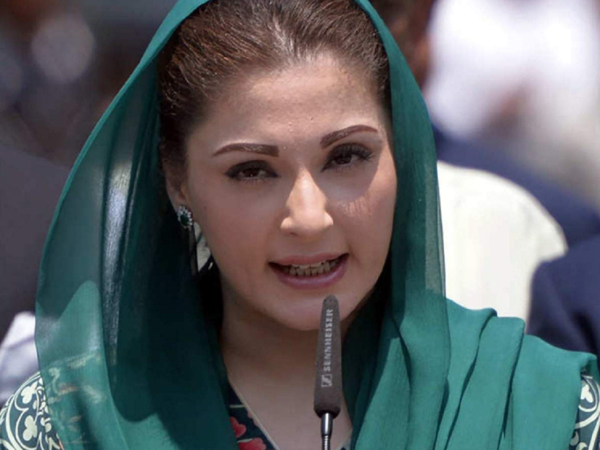 PML-N Vice-President Maryam Nawaz on Wednesday said ‘reconciliation’ with the current government is neither on the agenda not it should even be discussed.

“Reconciliation with this govenrment is out of question. One should not even hold talks with these people [government],” the PML-N leader said while speaking to media after appearing for a hearing of Avenfield reference. “Except for the PTI, all political parties should unite and think about the welfare of Pakistan,” she said, as she described the past three-year performance of the incumbent government as ‘nothing short of destruction’.

Referring to Shehbaz Sharif’s statement on the national government, Maryam said that the PML-N chief had spoken of national reconciliation, not of the government. She further said that other political parties should think about how to take the country forward.

In response to a question on Nawaz Sharif’s return, she said, “Circumstances have changed a lot. Very soon, you will see a lot of things change. Nawaz Sharif will return to the country when it is necessary for him to do so.”

She said that the debt owed to former primne minister Nawaz Sharif has been paid more than that. “He faces three years of political revenge and punishment,” she further said. “Nawaz Sharif will return to the country when the PML-N feels that Nawaz Sharif should return and will lead the party,” she added.

Regarding the marriage of her son Junaid Safdar, Maryam said that she has only one son for whom she did not seek permission from the government to go abroad to attend the marriage ceremony.

Commenting on the proposed media regulatory authority, she said that the government is creating hurdles for the media and the opposition, adding that the bill was a continuation of the incumbent government’s policies aimed at censoring the media. “Never in the history of the country has there been such an incompetent government,” she maintained. “The government’s performance is a story of destruction as there is lawlessness in Pakistan and women are being abused in the country everywhere,” she added.

Earlier, the IHC expressed its displeasure over the late arrival of Maryam for court proceedings. A two-member bench of the IHC headed by Justice Amir Farooq heard the appeals of Maryam and her husband Capt (r) Safdar.

During hearing, Justice Farooq inquired about the presence of appellants and asked that should this court pass a strict order on accused absence. The court observed that Maryam Nawaz’s lawyer Amjad Pervaiz should also have not filed the application for adjournment of hearing. The court observed that these appeal were partly heard and now on every date a new application for adjournment was filed.