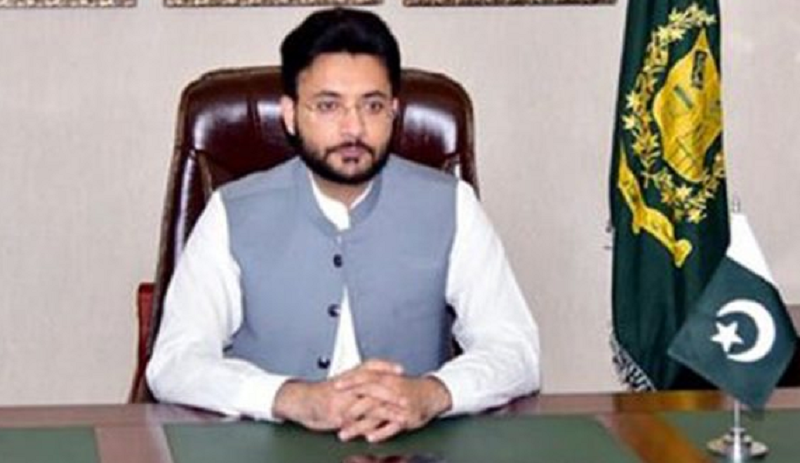 Minister of State for Information and Broadcasting Farrukh Habib on Wednesday said the entire nation wanted to see the ‘corrupt’ leadership of Pakistan Muslim League-Nawaz (PML-N) behind bars for looting national wealth ruthlessly.

In a live telecast from the Pakistan Television (PTV), the minister lashed out at the PML-N leadership for committing ‘systematic’ corruption during their previous tenures. The only way to eliminate corruption was the accountability process, launched by present government in the country, he added.

Farrukh criticized the PML-N for their outcry over the accountability, saying it was only aimed to make the entire process controversial. He asked Maryam Safadr to face accountability courageously instead of seeking adjournments from the court which was hearing her appeal against her conviction in the Avenfield apartment reference.

The minister said so far the case was adjourned ten times, asking Maryam as to why she was reluctant to appear before the court on every hearing. He asserted that if Maryam assumed herself innocent and had evidence to prove her innocence then she should plead to the court for hearing her case on regular basis.

Farrukh recalled Maryam’s past statement in which she said she did not own any property in Pakistan, as well as, in London. The nation knew that she was the same woman who ridiculed herself by producing fake ‘Qatari’ letter in the court as evidence, he added.

He claimed that Maryam Safdar was beneficial owner of the Avenfield flats in London and had no money trail to submit in the court. He said the court had restored conviction of her father Nawaz Sharif in a corruption case, but he, instead of returning to Pakistan, was watching polo matches and strolling Hyde Park in London. Her uncle Shehbaz Sharif was also a corrupt person who laundered national wealth through Telegraphic Transfers (TTs).

He said Maryam, in her media talk, regretted that she was not allowed to go abroad for attending her son’s wedding ceremony. Maryam should tell the people that what was she doing here in Pakistan, if her family lived abroad and had wedding ceremonies and business there, he questioned. Apparently, he said the PML-N leadership just came to Pakistan to rule and loot the nation as they considered politics as a business activity.

Commenting on internal rift in the PML-N for chairmanship of party, he said both Maryam and her uncle Shehbaz Sharif created confusion in the political landscape.

On the one hand, she called for national reconciliation, while her uncle floated an idea of the national government’s formation, the minister said, adding “The good cop, bad cop policy would not work anymore.”

Instead of politicizing the proposed Pakistan Media Development Authority (PMDA), Bilawal should rather play his role in passing the bill in the NA body headed by him, he added.

He said the present government fully believed in press freedom and was making serious efforts for the development of media and ensuring journalists’ rights protection.