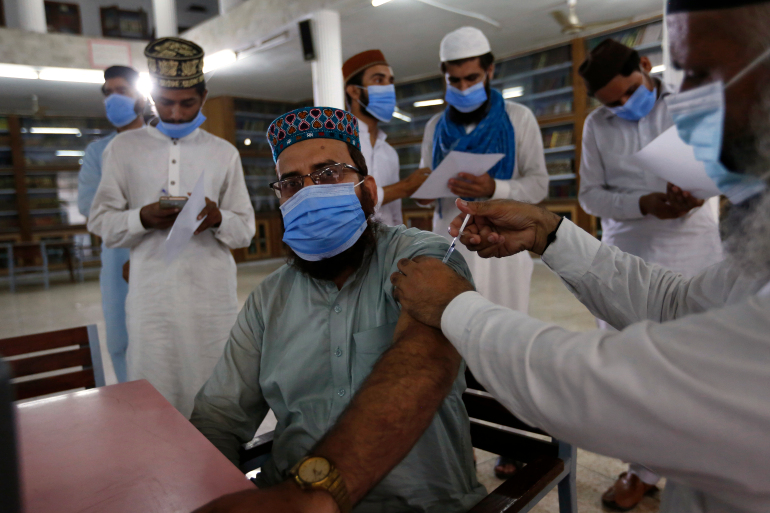 Federal Minister for Planning Asad Umar revealed in his tweet today that Pakistan has crossed yesterday the one-and-a-half million figure for single-dose vaccinated people for the first time, 1.59 million people took the vaccine on Tuesday.

He said in a tweet, that both first dose and second dose vaccinations yesterday were the highest ever recorded in Pakistan, with 1 million 71 thousand and 519 thousand respectively. In another tweet Asad Umer stated that, “Pakistan had set a target to partially vaccinate 40% of the 18 plus population of 24 major cities of Pakistan. Out of these 20 met the target.  Only cities to miss the target were Hyderabad, Mardan, Nowshera and Quetta.”

Asad Umer, the head of the National Command and Operation Centre (NCOC), and Dr. Faisal Sultan met last week to discuss and announced some new strategies to combat the fourth wave of COVID-19.

They announced that 17-year-old will be able to receive the corona-virus vaccine from September. They further stated that soon the government will begin a vaccination campaign for people aged 15 to 16 years, adding that residents with weak immune systems aged 12 and up will also receive the covid vaccine.

According to NCOC data on Wednesday morning, 3,559 people in Pakistan have tested positive for COVID-19. The total number of corona-virus cases rises in the country to 1,163,688.