Federation of Pakistan Chambers of Commerce and Industry (FPCCI) President Mian Nasser Hyatt Maggo criticised the harassment and arrest of a businessman by NAB in the premises of the Supreme Court of Pakistan.

Maggo said that the government officials have repeatedly assured FPCCI that businessmen will be treated with dignity and be given due respect as per basic human rights inculcated in the constitution of Pakistan. The FPCCI chief reiterated that it was decided between FPCCI and the government that NAB will not take up business and industry cases as there are other dedicated legal and constitutional forums available for them. However, the NAB continues to meddle into the cases of business and industry.

Mian Nasser Hyatt Maggo also thanked the acting chief justice of Pakistan for taking note of the situation and asking for an explanation from NAB officials as to why the arrest was necessary; while the accused Saif-Ur-Rehman was appearing in the court for the proceedings of a pre-arrest bail. Mian Nasser Hyatt Maggo said he has full confidence and faith in the judicial system of Pakistan and he does not – in any way whatsoever – support any corrupt practices in the business community; but, he is a firm believer in the basic legal principle that everyone is innocent until proven guilty. Mian Nasser Hyatt Maggo emphasized that, in essence, businesses run any economy through paying taxes and generating employment – and, businessmen are treated with respect and honour in all civilized societies.

FPCCI, once again, reiterates that harassment, bullying and corruption must end and due course of law must be followed in letter and spirit – as these practices cannot co-exist with business and economic growth. 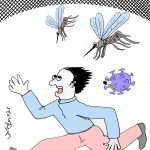