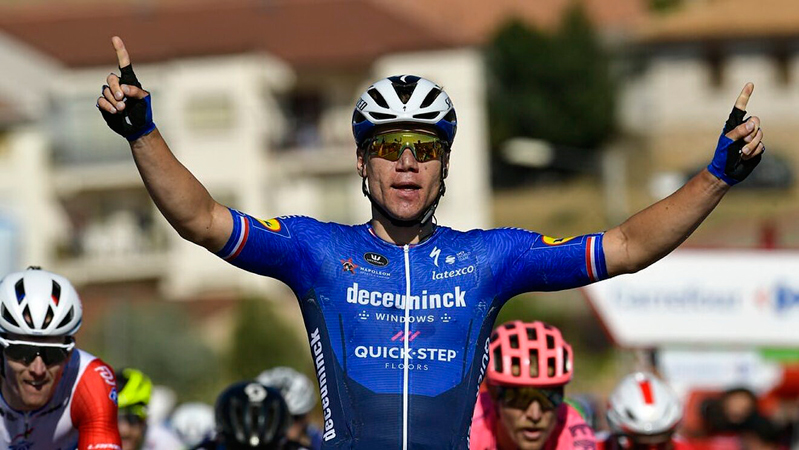 SANTA CRUZ DE BEZANA: Fabio Jakobsen’s remarkable comeback from a brush with death continued apace Tuesday as the Dutchman won a third stage of La Vuelta a Espana on his 25th birthday. The Deceuninck Quick-Step sprinter underwent five hours emergency surgery after a high speed crash on the Tour of Poland a year ago, but he appears fully recovered at his comeback Grand Tour, holding a firm grip on the sprinters’ points green jersey after this final sprint stage of the 21-day race. Norwegian Odd Cristian Eiking retains his surprise overall lead after stage 16, finishing safely in the main pack to take his run in red to a week, with two mountain slogs on stage 17 and 18 standing between him and an unlikely victory on this Vuelta. The Dutch sprinter has 250 points in the green jersey rankings, with Matteo Trentin trailing in second on 123. His Vuelta is already a total and resounding success given there were fears for hs life in Poland when he flew over barriers and into a metal pole, losing all his teeth in the process.