* While speaking to a PTI convention on Thursday, Abrarul Haq had criticised modern mothers giving their children gadgets 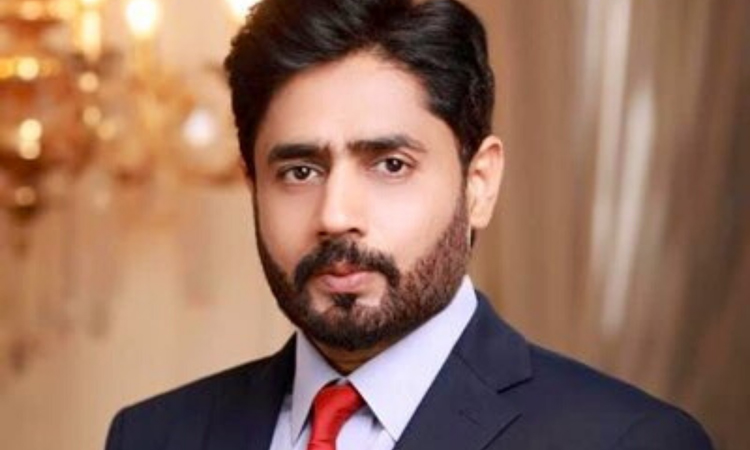 Singer turned politician Abrarul Haq s controversial comment on young mothers playing ‘Baby Shark Doo Doo’ have stirred up a storm on the social media. His comments on modern day parenting at the PTI celebratory event last week have triggered debate not only in general public but also amongst celebrities.

While speaking to a PTI convention on Thursday, Abrarul Haq had criticised modern mothers giving their children gadgets.

His quip about mothers playing the song Baby Shark may have gone down well with some people but it didn’t sit right with everyone who heard it.

In the snippet of the video posted by Ansar Abbasi, Abrar says he was consoled by his mother with the kalma whereas mothers today hand a phone to a baby who hears the popular song Baby Shark, which he then sang. The crowd — seated at the August 26 event celebrating three years of PTI government — admired him for his singing and sentiment.

Nadia reacted to the video on Twitter and criticised the singer. “Not sure how you go from listening to the Kalma from your mother to belting out song such as Nach Punjaban or Billo De Ghar,” she said on Twitter, referring to the singer s popular songs about women.

Yasir backed Nadia up by sharing her critique on social media. “You ve hit the nail on the head. Good one,” he said on Instagram Stories.

Khan did not seem to share the same sentiments though. She criticised those making personal attacks against Haq character in light of his comments.

In the snippet of the video posted by Ansar Abbasi, Abrar says he was consoled by his mother with the kalma whereas mothers today hand a phone to a baby who hears the popular song ‘Baby shark,’ which he then sang

“If someone says a good thing, let s term it as such,” she said on Instagram Stories. “Let s not ignore what they said or judge their whole lives. If this goes on then we ll have to practice becoming deaf.”

Ali also commented in defence of Haq on a post by the publication Galaxy Lollywood on Instagram. “Abrarul Haq did not say anything wrong. He didn’t shame mothers or any women here. He just said the truth which includes all of us! It should be an eye opener for us rather than throwing a fit at him. We do not have to criticise everything,” he wrote.

“The songs Nach Punjaban and Billo De Ghar were not by the singer in the lap of his mother at the age of one,” Ali continued. “He’s talking about raising kids here, not someone s profession. It is a person s choice whether they want to be a singer or an actor when they grow up.”

Comments by celebrities seemed to divide the Internet even more.

Several others took to Twitter to express their views, from disappointment to support. Some people just couldn’t understand Abrar’s point at all.

Many shared Adeel Afzal s response to Abrar s message in which he says the singer should then make an album with children s lullabies instead of criticising Baby Shark.

A user took criticised the singer and wrote “Comparing Baby Shark with Kalimah is plain stupid! Ibrar has made a joke of himself to please his boss by joining him in blaming the mothers/women to cover up the crimes against women under this government esp in Punjab.”

While a few users made jokes on the video, one wrote “Someone sent me the Abrarul Haq video, well joke’s on them. I first recite the kalma and then sing Baby Shark to my niece. Deen bhe aur dunya bhe, bro”

Abrar is currently hosting a talk show on spirituality.