Shanaya debuts with a commercial, netizens say ‘why is she so Ananya?’ 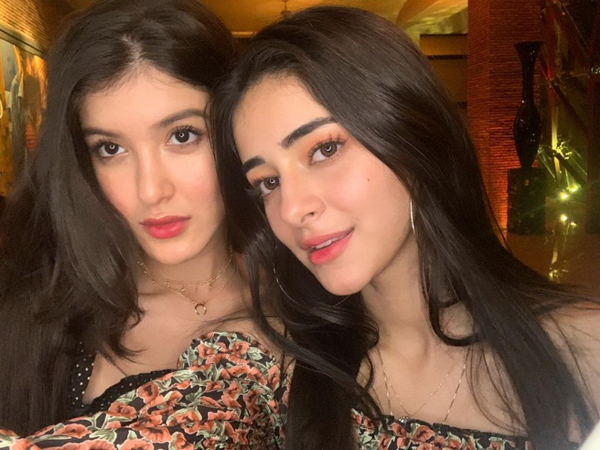 Actor Sanjay Kapoor and Maheep’s daughter Shanaya Kapoor, who is yet to make her Bollywood debut has finally made her debut on screens with a new commercial.

The video was shared by Karan Johar and heaping more praises at her, he wrote, “Oh my god, @shanayakapoor02! Your hair looks gorgeous. But are you sure you have seen a bowl of spaghetti before? Thank you for this gem @the_misfit_way!

The stunner has been roped in for a commercial which is for a hair straightening brand. In the ad, Shanaya can be seen wearing a multi-colour dress with a Miss Perfect sash on it. While shooting the promo, her director gives her a bowl of spaghetti to eat in a decent manner but she creates a mess out of it as she throws the fork and starts eating it with a hand, letting the sauce drip all over her face and outfit.

While the ad is receiving mixed reviews from the netizens. Some called her another product of nepotism and some even went on to compare her with Chunky Panday’s daughter Ananya Panday for her acting skills.

For the unversed, Ananya, is the daughter of actor Chunky Panday and entrepreneur Bhavana Pandey. She debuted with the film ‘Student of The Year 2’ alongside Tiger Shroff and Tara Sutaria.