We are not done with you, Biden warns IS 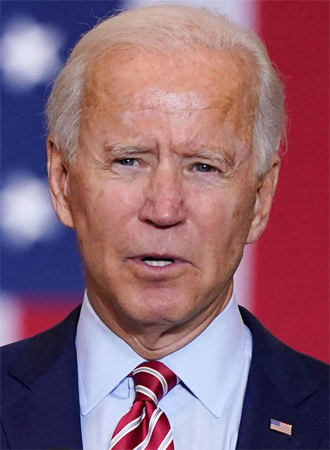 US President Joe Biden warned the Islamic State-Khorasan, the group which killed 13 US troops in a suicide bombing at Kabul airport, that they face more retribution from Washington. “We will maintain the fight against terrorism in Afghanistan and other countries,” Biden said Tuesday. “And to ISIS-K: We are not done with you yet,” he said, using another acronym for the Afghan offshoot of the Islamic State group. President Biden called the US airlift of more than 120,000 people from Afghanistan an ‘extraordinary success’ Tuesday, a day after the last US soldiers pulled out of the country. “We completed one of the biggest airlifts in history,” Biden said. “No nation has ever done anything like it in all of history; only the United States had the capacity and the will and ability to do it,” he said while defending Afghanistan exit as the ‘best decision for America’.

President Biden pledged to help scores of US citizens who remain in Afghanistan to leave. “For those remaining Americans, there is no deadline. We remain committed to get them out if they want to come out,” Biden said. The choice for the United States in Afghanistan was either to withdraw from the country or escalate the conflict, President Biden said. “That was the choice: between leaving or escalating. I was not going to extend this forever war, and I was not extending a forever exit,” Biden said. From the surprisingly swift collapse of the Afghan government to a devastating suicide bombing that killed US troops, President Joe Biden has been adamant on ending America’s longest war. Biden entered the White House with a pressing choice on whether to honor a February 2020 agreement with Taliban insurgents reached by his predecessor Donald Trump to withdraw US troops by May 2021. Biden, who as vice president under Barack Obama had unsuccessfully pressed to wind down the war, in April confirmed his decision: a clear yes. Biden said he would withdraw all troops by September 11 — the 20th anniversary of the Al-Qaeda attacks that prompted the US invasion.

The decision reflected a growing bipartisan consensus, although some Republicans accused him of handing a symbolic victory with the date, leading Biden to move it up to August 31.