* Javed Iqbal says top most priority of watchdog is to punish accused involved in sugar, flour, money laundering, fake accounts and other scams 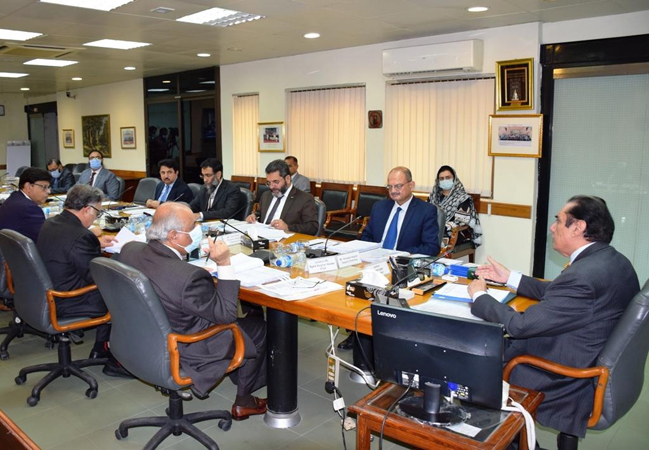 It is a yearlong policy of NAB to share the details of EBM with the public which does not aim to hurt anyone as all inquiries and investigations are initiated on the basis of allegations, which are not final.

NAB decides to go ahead with case after assessing the merits of the cases and after knowing flip side of the coin. NAB is human friendly organisation and it is firmly believe in respecting every accused.

The EBM authorised investigations against management of Oil and Gas Development Authority (OGDCL).

The EBM authorised conducting investigation against officials, Sandak metals, limited, and others, owners/directors and others of Nirala MSR Foods,limited Lahore,inquiry against Management of SECP, national testing services to concerned Department, while EBM approved referring inquiry against Messers Adult/HRL JV and others to Civil Aviation Authority for further proceedings.

NAB Chairman Justice Javed Iqbal said that all available resources are being utilised to take mega corruption cases to logical conclusion. Top most priority of bureau is to punish accused involved in different scams, including sugar,flour,money laundering,fake accounts, abuse of authority,assets beyond means,illegal housing societies,modarba scam.

For over three years, the NAB has brought to justice those who could not have been held accountable. The NAB has recovered Rs535 billion directly and indirectly from corrupt elements in the last three years, which is a record achievement. The NAB chairman said that the bureau values the services of the business community for the development of the country.

He said that bureaucracy is the backbone of any country. The National Accountability Bureau not only respects the bureaucracy but also values its services, he added.

The NAB chairman said that the approval of plea bargain is given by the esteemed accountability court. In the plea bargain, the accused not only confesseses to his guilt but also returns the looted money of the country and the nation. Since its inception, the NAB has recovered Rs822 billion directly and indirectly from corrupt elements.

The NAB chairman said that the bureau is the focal institute of Pakistan under the United Nations Convention against Corruption. In addition, NAB is the chairman of SAARC Anti-Corruption Forum. NAB’s performance has been praised by reputable national and international organisations, including Transparency International Pakistan, World Economic Forum, Global Peace Canada and Mishal Pakistan. According to the Gilani & Gallup poll, 59 per cent of people expressed confidence in NAB.