Maulana Fazlur Rehman calls another meeting of PDM on Sept 8 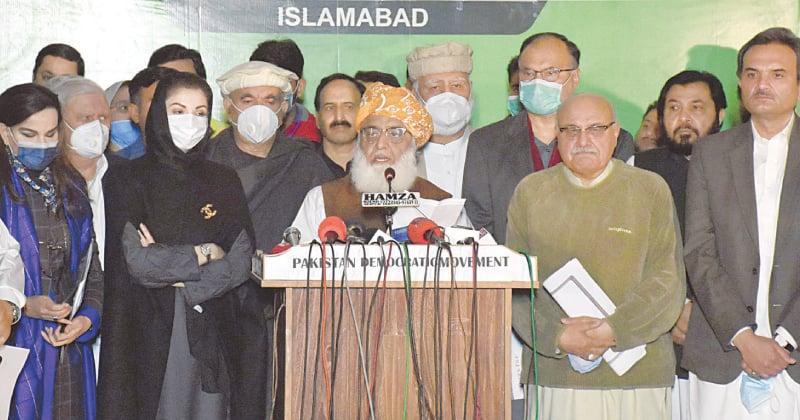 This will be PDM’s second meeting in two weeks as the opposition alliance is ready to revive its anti-government campaign that had been interrupted over the past couple of months. The confederation will discuss speeding up its anti-government movement, moreover, the long march will also come under discussion.

A schedule of public rallies and the road caravan routes will be finalised at the PDM meeting, the sources said. The power show of the PDM at Karachi’s Bagh-e-Jinnah on Sunday, declared their campaign is very much alive, and called upon the people to “rise and bring a revolution”.

The opposition alliance had said it will “bury the government with a tide of people that will storm Islamabad”. PDM chief Maulana Fazlur Rehman added that the three-year performance of the PTI has shown how the government has turned the state and the people “insecure”.

Federal Minister for Interior Sheikh Rashid Ahmed had said if the PDM marched on Islamabad, it would be dealt with as per law adding that the politics of Maulana Fazlur Rehman was irresponsible. The minister had said that the people of Pakistan were now aware of political issues, adding that by the time the next general elections are held, all pending NAB cases will be resolved.

In a taunting way he had said the opposition’s “timing and tuning” were both messed up.“Opposition should prepare for the next elections as its narrative will not get acceptance from the masses,” Sheikh Rashid had said.